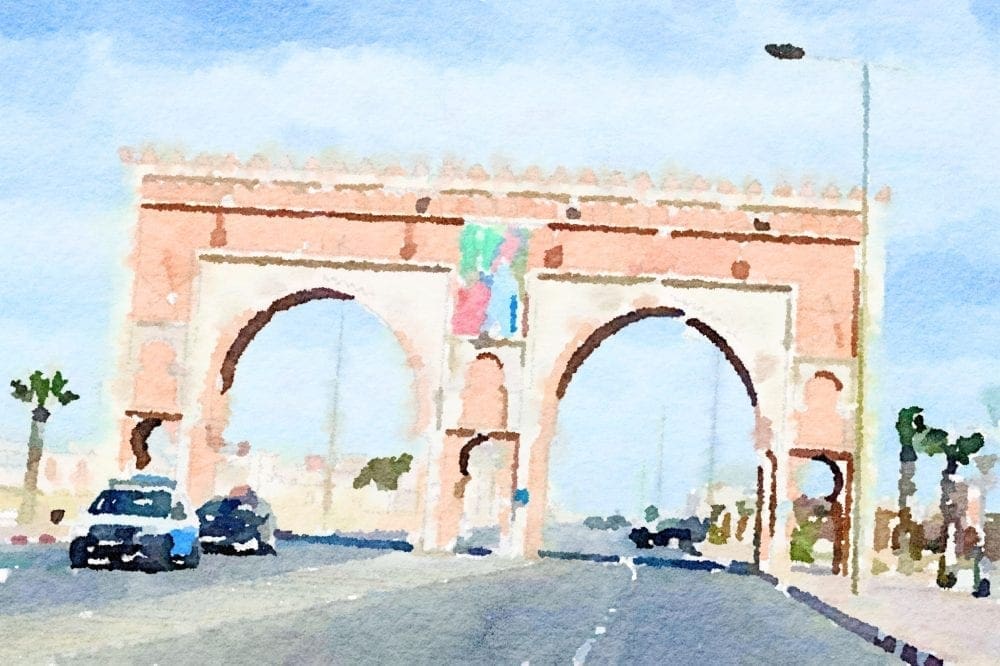 Western Sahara - in a Nutshell

Getting into Western Sahara

I only have an hour at Casablanca to connect to Laayoune, but it’s a very straightforward connection. The only slight obstacle is trying to work out whether my next flight to Laayoune is domestic or international. Morocco regards Western Sahara as its own territory and has occupied roughly half of the area for many years. Naturally, therefore it’s domestic.

I Hope You're Not a Journalist

At Laayoune I’m the first to the immigration counter and the last out to the baggage area. No visa required, but the immigration officials are almost paranoid about checking I’m not here to work – this is not a tourist destination - and insist on calling my guides to vouch for me. Fortunately, Naji (who owns the company but only speaks Arabic and French) and Khalil (who speaks English) are waiting outside and advocate for me. Then I have to navigate customs, where my bags are thoroughly searched. Alarmingly, my cameras indicate to the man on the scanning machine that I am a journalist. Naji and Khalil have to do their stuff again.

Finally, I’m allowed though, to Laayoune, the capital, (or principal town of the area, depending on who you believe), on the western edge of the Sahara. It’s a shame that my bag isn’t here too. It obviously didn’t have the same easy connection.

What is the History of Western Sahara?

Western Sahara has never been a nation in the modern sense of the word. In ancient times it was home to Phoenician colonies, who disappeared with virtually no trace, There is too much desert to encourage any kind of development. The land has existed as a trade route - a link between the Sub-Saharan and North African regions. In 1884, Spain claimed a protectorate over the coast from Cape Bojador to Cape Blanc, and the area was later extended. In 1958, Spain combined separate districts together to form the province of Spanish Sahara.

Is Western Sahara an Independent Country?

Western Sahara (Arabic Al-Ṣaḥrāʾ al-Gharbiyyah), is a disputed territory, partially controlled (20%) by the self-proclaimed Sahrawi Arab Democratic Republic (supported by Algeria) and partially occupied by neighbouring Morocco (with tacit support from France and the United States). Western Sahara was formerly part of the colony of Spanish Sahara. The land was relinquished by Spain, after pressure for independence, but phosphate deposits made it an attractive proposition for both Mauritania and Morocco, so independence didn’t happen. Morocco got there first.

A guerrilla war with the Polisario Front contesting Morocco's sovereignty ended in a 1991 cease-fire and the establishment of a United Nations peacekeeping operation. The UN sought to offer a choice to the peoples of Western Sahara between independence (favoured by the Polisario Front) or integration into Morocco. But the proposed referendum on the question of independence never took place due to “lack of agreement on voter eligibility”. An approximately 1,000 mile long defensive sand berm, built by the Moroccans, runs the length of the territory, roughly separating the two sections. I tried asking Khalil and Naji about politics, but as far as they’re concerned this is Morocco. They’ve never heard of any conflict or a dividing wall.

Does Anyone Live In Western Sahara?

Western Sahara is virtually all desert and is very sparsely inhabited. It has a population of just over half a million people.

Is Western Sahara Safe to Visit?

Tourists are rare in Western Sahara and there are few people outside Layounne. The main danger is from landmines. There’s a 30 kilometre militarised zone either side of the Berm containing landmines and there are a number of fatalities in this zone each year. You are not allowed to cross into the eastern side. Thid is even more sparsely populated with no diplomatic presence from any country. The FCO advise against travel cross the border with Mauritania because of land mines. Again. this area is coloured red on their maps. I'm hoping it's safe as long as I to stick to the road, as I'm going south to Mauritania.

What Is There to See in Western Sahara?

Wikipedia says that the land here is 'Among the most arid and inhospitable on the planet'. So, there isn't much to see n Western Sahara except desert and a couple of small coastal towns. And I'm going to be driving through both....