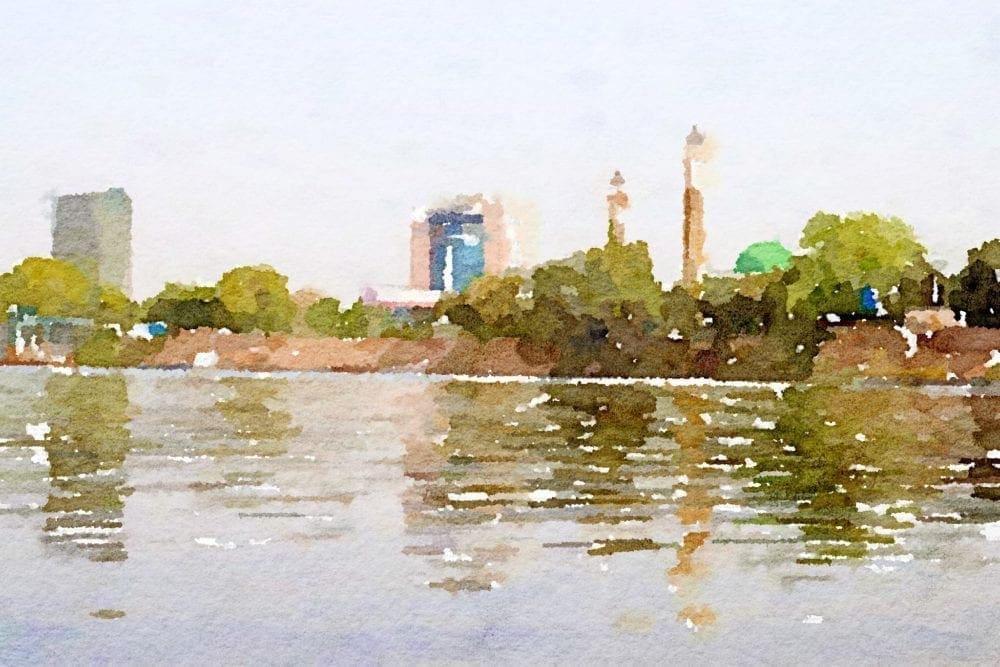 Khartoum, the Capital of Sudan

I've finally managed to get here form Eritrea. Khartoum is a city of some five million and the capital of Sudan. So, it's central to the coup that has just taken place. My guide, Diba, says that all the protestors have congregated in Khartoum now. So, unlike General Gordon, I’m going to try and avoid becoming entrenched in a siege, or embroiled in any hostilities. I'm retreating - spending most of my visit now, out of town. The news reports talk about peaceful protests, but also mention that 16 people have been killed ‘by stray bullets’ over the last 48 hours. There’s a curfew, but it’s being ignored. I hear chanting in the breeze from my sixth floor window at night and I'm still catching intermittent buzz. The BBC tells me that we’re now on president number three this week.

It's decided that I should leave Khartoum rapidly and tour the desert and pyramids, We're stopping to check that the museum is closed. It is - all the state run institutions are. I am driven past some of the government buildings and presidential palaces. From here I get a distant view of the site of Gordon’s decapitation by the Mahdi’s forces. (In 1884, on 13 March , troops loyal to the Mahdi, Muhammad Ahmad, started a siege of Khartoum, against defenders led by British General Charles George Gordon. The siege ended in a massacre of the Anglo-Egyptian garrison, when the heavily-damaged city fell on 26 January 1885.)

There are several bridges across the Nile here. One suspension bridge leads to twin city Omdurman.. This is the scene of the bloody Battle of Omdurman in 1898, during which British forces under Herbert Kitchener defeated the Mahdist forces and got their revenge.

There’s plenty of army activity here today, Khaki-clad soldiers are scrambling into pick-up trucks and there's a mounted machine gun pointed down the bridge, tall piles of bullet clips coiled alongside. Scary. The streets are fairly quiet, though there a couple of men waving flags out of their windows, gesticulating excitedly. And clearly it not a good idea to start waving my camera around, so sadly, no pictures.. Except when we stop at a local bakery to stock up on provisions and watch the bread being baked.

When I return to Khartoum everything is still closed. As compensation for missing out, Diba finds a boatman who carries us down the Blue Nile,. We travel alongside an island, to the fabled confluence of the Blue and White Nile rivers. One bank is urban, hotel towers, cafes and docks. The other, completely rural, alive with a variety of fluttering birds, storks, more weavers’ nests and the putter of dozens of little pumps carrying water to the crops. They fill the sky with black clouds of pollution..

We can just make out the contrasting colours where the waters meet. The White Nile is huge. The the giant river that is now formed from this and the Blue Nile that we are sitting on, begins to make its majestic way onwards to Egypt. It’s a fitting way to finish my trip.