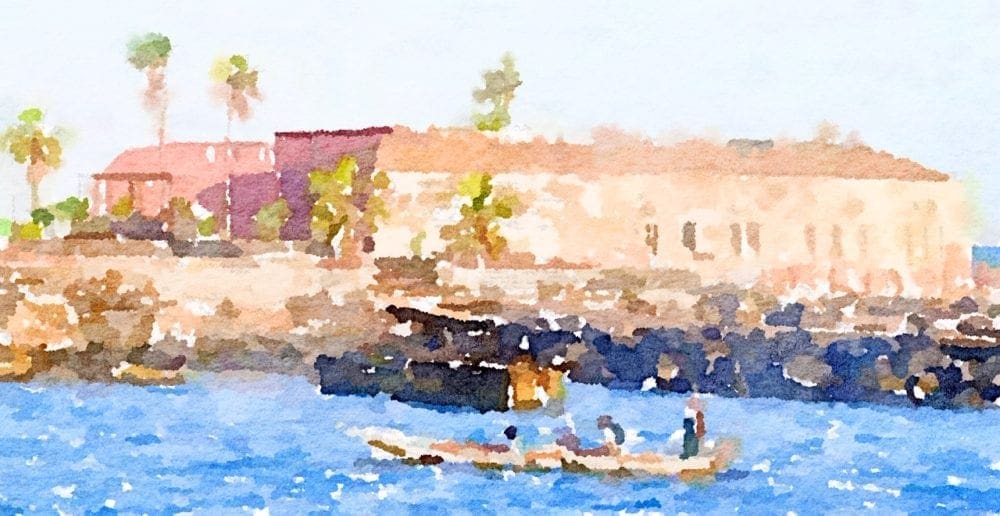 Dakar is the vibrant post-independence capital of Senegal, but first I’m heading to the faded charm of Saint Louis, once the capital of French West Africa.

It’s dark, coming from Djoudj Bird Park, as we head over the bridge onto the old Senegalese capital Saint Louis (it’s on an island) and my very lovely colonial hotel La Poste. It’s all verandas, palm trees and aeroplanes. Even the key fobs and bedside lights are tin aeroplane reliefs. This is where the pilots stayed when they did the Paris to Senegal air runs. It also has a very nice restaurant overlooking the Senegal River.

Far less important today, St Louis relies heavily on tourism, in part due to the city being listed as a UNESCO World Heritage Site in 2000. It's also a centre for sugar production, and fishing. And not without its problems. It's thought that the city is heavily vulnerable to climate change—where sea level rise is expected to threaten the historical city centre. It's also claimed that over fishing is creating economic problems. And there's certainly plenty of fishing going on.

Currently Saint Louis retains a faded charm. There are plenty of balconied and shuttered colonial houses in faded ochre and pink. Some have been restored and are now up- market shops, cafes and galleries. Others, especially those by the waterside, have become boutique hotels. It’s mandatory to keep your house in good order – some of the owners have sold up, moved on and left the TLC to others who can afford it.

A caleche ride marks me out very clearly as a tourist, but I stand out like a sore thumb anyway. It’s a long ride - there are two islands forming the city - north and south. And it’s a safer place to experiment with video, which doesn’t always go down well with the locals. The little horse pulling us isn’t wildly cooperative, but I don’t blame him. The cars give no quarter and come dangerously close to his head and his driver isn’t hugely enthusiastic, bowing his head and dozing whenever we come to a halt.

The rivers are crammed full of fishing boats, the banks lined with coils of nets being unravelled and mended. The crumbling area where the fishermen live are the most lively and colourful, the streets thronging. Goats join in the general melee, wandering over anything and everything, or sleeping piled up against each other along all the walls. A few of the shops have pelicans as pets – there are plenty of fish for them to eat. The birds, with their waggling wings, are much bigger than the toddlers who are running around and there are some interesting spats when the children come too close.

Finally, we wander over the main bridge into downtown – the original it replaced was designed by Eiffel of tower fame. On the east bank there’s the Aire Populaire with its bustling street markets and fish stalls – this is where the suburban residents do most of their shopping.

South to the western most point of mainland Africa - Cape Manuel in Dakar. We pick up the beach at Cayar, which is the biggest fishing village in Senegal. It’s another lively and colourful affair, with boats being dragged up the beach to the accompaniment of chanting. My attempts to video receive a mixed reaction. Some of the fishermen offer a thumbs up or even demand photos. Others throw sand. To be fair, it must be irritating being filmed when you're struggling to get your boat to shift. The fish are unloaded onto huge mats on the beach. Long legged dungareed runners carry crates on their heads from the boats to the mats; disc shaped sponges built into their headgear, to support the weight.

Then we motor along the sandy ridges of beach, following the last 19 kilometres of the Paris to Dakar Rally - when guide Mountaga and driver Naji have actually worked out how to get on to the sand, through the edge of the town and then the alongside the bumps of the dunes. They have assured me that the tide is perfect for driving, but are now making ‘I’m not so sure’ noises. The water is certainly coming in fast. I’m drenched at one point, as the waves splutter through the window. Discretion is the better part of valour. We eventually lurch off the sand and halt at Lac Rose.

The lake is a must-see on all the tourist routes. The activity is all around the salt hills on one corner of the shore. The bottom is a metre of solid sodium chloride, which is brought to shore in boats, carried onto land by women with plastic baskets on their heads, poured into heaps and bagged. The name means Pink Lake, but it’s a very brown pink.  I suppose you have to take it all with a pinch of salt.

A quick tour of Dakar itself - another West African city built on a peninsula. It replaced Saint-Louis as the capital of French West African in1902 and in 1960, it became the capital of the independent Republic of Senegal. Highlights are several mosques - we whizz past the towering green minarets of the Sheikh Oumar Foutiyou Tall mosque. There are of course several colonial buildings, still being used for national and civic purposes. One of the finest is an abandoned railway station.

There’s a fruit and vegetable market under a dome. I thought Mountaga said it used to be a discotheque, though that seems unlikely. There’s also a craft market where there are some persistent vendors and some ‘free’ gifts. Mountaga loves to chat, engaging with them all and he has no qualms about accepting a bracelet without paying. Later he becomes embroiled for some minutes with a man selling cotton collapsible shelving units in the street.  (The sort you might find in Ikea). The poor salesman is perplexed when we clamber into the car without having made a purchase.

There’s little else of note to report except that my hotel has a rooftop bar and restaurant and it does very good caipirinhas.

I’ve been persuaded that I should be ready to depart at an uncivilised hour this morning, so we can catch a seven thirty ferry to Goree Island. This is where Dakar actually began. The original Portuguese settlement here was developed as an Atlantic slave trading station. It changed hands between the Dutch, the French and the English at different times and ended up with the French.

To replace trade in slaves, the French promoted peanut cultivation on the mainland. As the peanut trade boomed, the tiny Gorée Island port proved inadequate and the traders moved to the mainland and settled there.

The ferry is very quiet and the many craft stalls that line the paths are not yet manned, so it’s a peaceful visit, admiring the renovated buildings and the view from the old castle at the top. The infamous slave quarters are under restoration. Mountaga says 25 to 30 million slaves came through here; according to Wikipedia he means 30 thousand – though still a shockingly high figure. They’re going to allow access to the buildings for a few hours, later today but we’ll be gone by then, so I’m only able to peek in the door, before being shooed away, ‘Because it’s dangerous’. There’s only one man sweeping inside. Whereas in the street we’re showered with rubble, as a workman hammers a chisel into the stuccoed wall opposite. Now that is dangerous.

The next incoming ferry is crammed, confirming that we made the right decision. Tourists pour off the boat, most of them African-Americans. Plenty of seats on our ride back. But we pass an additional jam-packed ferry that they’ve put on to cope with demand. It’s going to be bedlam for the rest of the day.

Now we're driving to the game parks. This is why we had to leave early - I hope they're worth it.....