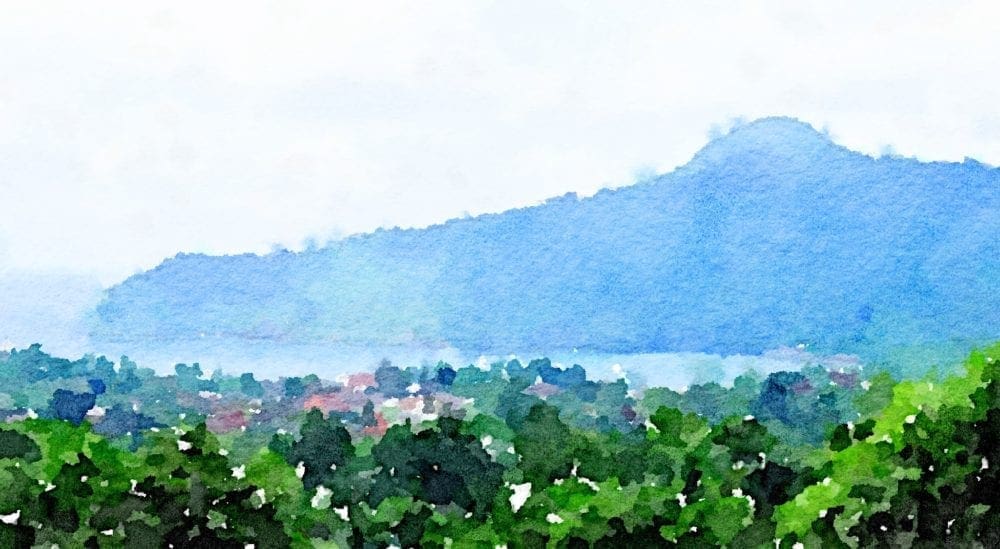 São Tomé e Principe consists of two archipelagos around the two main islands: São Tomé and Príncipe, located about 140 kilometres (87 miles) apart. They are nestled in the arm pit of West Africa. São Tomé Island, at 854 square kilometres, is the largest island and is home to about 96% of the nation’s population. It is tiny: about 30 miles long (North-South) by 20 miles wide and  is a typical tropical island.

The islands were reportedly uninhabited at the time of the arrival of the Portuguese sometime between 1469 and 1471. The Portuguese brought Jews to settle first but most of them died. Gradually colonised and settled by the Portuguese throughout the 16th century, the islands collectively served as a vital commercial and trade centre for the Atlantic slave trade. Cycles of social unrest and economic instability throughout the 19th and 20th centuries culminated in peaceful independence in 1975.

São Tomé is a surprise. It's well geared up for tourists and there are some very nice hotels and restaurants. Crime rates are low.

What to See and Do in São Tomé e Principe?

I'm exploring both the east coast and west coast of São Tomé island separately - you can't get all the way round.

There are beaches, fishing villages, colonial buildings waterfalls and national parks to explore, as well as a Jurassic Park style Volcanic plug tower. There's some surprisingly good accommodation, converted Plantation Houses and modern hotels and some very up market food. And chocolate...

There's also a five star resort on Principe that has good reviews - next time.....

Getting In and Out of São Tomé

I flew in from Luanda. I'm flying to Gabon this afternoon on Afrijet. No visa required. In his inimitable style guide Agostinho has told me that their planes are old, only hold about 20 people and are often overbooked. In the event it’s an ATR that is nowhere near full and has capacity for 66. Perhaps I should take everything else he has told me about São Tomé with a pinch of salt.