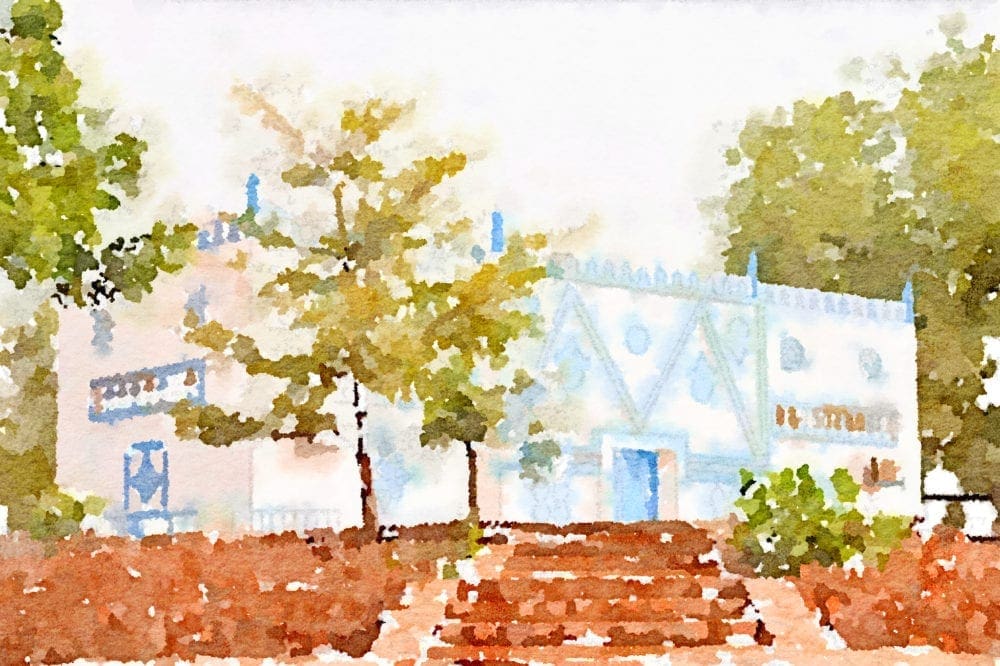 Niger - What to Do in Niamey? - West African Journey Part 26

First impressions of Niamey, arriving from Benin, are surprising. The airport is glitzy and new and my hotel, on the River Niger is very nice indeed. I’ve got a view of the water and the Niger Football Association headquarters.

The Weather in Niger

I’ve read that Niamey is one of the hottest major cities on the planet. Average monthly high temperatures reach 38 °C four months out of the year and in no month do average high temperatures fall below 32 °C and it never rains between October and April. Today, it’s so chilly I’ve had to put my jacket on. It’s tried to rain, and the skyline is so hazy it’s almost impossible to make out the shapes of the buildings. There’s a wind blowing in desert sand, which is piled up in the streets. Sunglasses are a necessity, to keep the dust out of my eyes.

Niamey was a collection of villages not much over a hundred years ago, - the French chose the area as the capital of their newly created Military Territory of Niger. The population was only 1800 then, it (it's well over a million now - though no-one is quite sure how many). The capital was then moved to Zinder (larger) and then back again in 1926 (Zinder was too close to the Nigerian border).

I’m a little weary of African ethnographical museums with their dusty cases of masks, jewellery, weapons and musical instruments and long-winded explanations from guides. I resign myself to another tortuous hour, but the museum here is bizarre and also it has to be said, distressing. There are several small display halls, decorated in blue and white, Agadez (city in the north) style. These form the dual function of displaying vernacular architecture and housing the aforesaid mandatory viewing items. But most of them are locked up, even though the museum opened an hour ago and the clothes and souvenir stalls of the market area are more or less in full swing.

In addition, there are some traditional hut type dwellings and a specially constructed semi covered hall containing three dinosaur skeletons.  One of them was discovered in Niger, has a neck and a mouth like a hammerhead shark and is named Nigersaurus.

Another highlight is the remains of The Ténéré Tree, an acacia, that was given the title of  most isolated tree on Earth—the only one for over 400 kilometres. It was used as a landmark on caravan routes through the Ténéré region of the Sahara Desert in northeast Niger; it was knocked down in 1973, by a truck driver.

But the guides who have materialised to show me round, appear much keener to show me the many animal pens; the museum appears to incorporate a zoo. Tiny dirty cages and enclosures, many with plastic litter on the floor and mostly containing solitary animals: lions, hyenas, jackals, chimps, moneys, hippos, a huge crocodile and many others. It’s unbearably sad.

Niamey in a Nutshell

Guide Moussa takes me on a city tour of Niamey. His English is a little limited, but he tells me he has family land and camels in the north of the country at Agadez. He also tells me that’s its considered impolite to ask how many camels a man owns. He says he has many…

The modern section of Niamey is small, but growing and there’s a huge Chinese influence, with monuments, roads, bridges and new hotels being erected. There are Nigerian and French cultural centres. And India has recently donated a lacy bowl-like Mahatma Gandhi conference hall.

The other sights in town are The Grande Mosquee (donated by Khadafi), an ugly concrete church, not yet finished and the Grand Marche, an enclosed block of fruit and vegetable stalls and the artisans workshop areas, of which there are several. The main crafts are silver Tuareg jewellery and flip flop style sandals. There’s an air of diffidence around. I inquire about some earrings, but the vendor isn’t very interested in pursuing the sale after an initial discussion, so my wallet remains untouched.

Along the River Niger

Niamey mainly occupies the easterly green strip running alongside the Niger river. Just the west side of the two connecting bridges (Kennedy and Friendship) is another world. There are paddy fields, water lilies and men unloading huge pirogues full of gourds, which they float to the shore. Unlike the Nile, the Niger is very clear. This is because its source contains very little silt.

The Haves and the Have Nots

Niamey is a city where the haves and have nots live in close juxtaposition. In the early evening we drive out of the hotel quarter, along the riverbank and past a fishing village area, crumbling mud houses built in terraces up the hillsides. Then past a row of huge mansions, mainly housing embassies and ambassadors’ houses. Back to the centre of town for tender brochettes and crispy fries on the terrace of the Grand Hotel, with all the expats, watching the sun go down across the water.

Later tonight I'm off to Mali