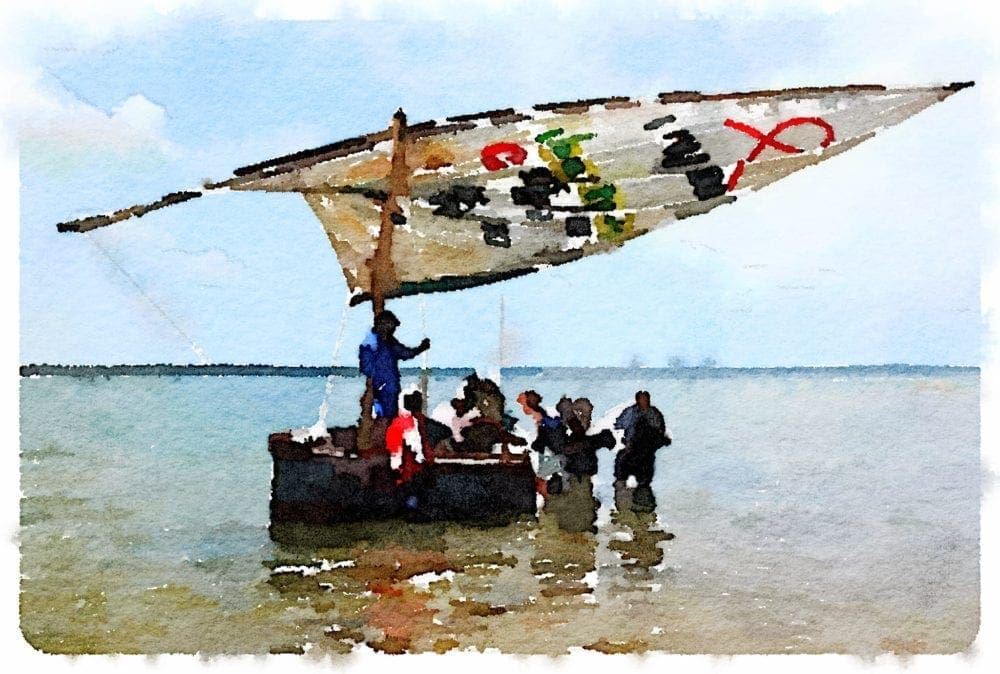 From Kruger to the Coast

From Kruger National Park over the border to Chokwe in Mozambique. And the tour has deteriorated somewhat. The jeeps have jolted over what must be the worst roads in Africa and that’s saying something. The ruts seem to be feet deep and we’ve threatened to tip right over on more than one occasion. Our esteemed leader’s preferred method of driving is full-on throttle. A sports bra is a necessity.

Stopping to view game he understands – some of the time. He doesn’t always see it. Culture not so much. ‘You want to look at a village? Why? They’re not very nice’. It’s true the people are poor, but we’re not in a position to make informed judgements about the village experience for ourselves. The camera lens is in distinct danger,as I try and balance it against the jeep window, as we career past the little huts. I secure more fuzzy pictures of mud and trees, to add to my collection. The villagers aren’t exactly waving us in, but there haven’t been any friendly overtures made on our part either.

Skirting the edges of the national capital, Maputo, the roads lined with street markets and more typical villages, round wooden huts with palm roofs. The bay on which Maputo stands was first settled as a fishing village by ancient Tsonga people. It was named Lourenço Marques, after the Portuguese navigator. The modern (but now dilapidated) city that developed was based around a Portuguese fort. Post Mozambican independence in 1975, this port city became the national capital and was renamed Maputo, after a local Tsonga chief.

Along the coast to Inhambane, which Vasco da Gama named it Terra de Boa Gente or 'Land of the Good People'. There's a port city, but also beautiful beaches, great reefs and excellent large marine life. We’re told that this region is one of the best diving and snorkelling spots in the world – with manta rays, reef sharks and in season humpback whales and whale sharks. The fishing boats are as picturesque as it gets, with curved masts and colourful sails fashioned out of grain sacks.

But the weather isn’t kind and it isn’t really beach weather. We do get to see the whales and dolphins (they’re in season), but it’s a choppy ride and using a camera in our inflatable is life threatening. All the photos are blurred and most of them seem to  have missed the whales entirely.  Or there's an odd fin poking into a corner. Snorkelling is off.

We’ve latterly also discovered that the tour hasn’t exactly been planned ahead. We arrive at one ‘hotel’ to find that it’s disappeared.

‘It used to be here just here I'm sure,’ exclaims our Great Leader.

‘Oh that went in the  hurricane last year,’ the locals inform us.

Tofo, on the renowned Barra Beach area was historically a small coastal fishing village. It's now a major (well fairly, this is Mozambique) international tourism centre, popular with South Africans in holiday time. It's also popular with the Portuguese. Portuguese is the national language, as this was a Portuguese colony, but only half of the population currently speak the language. Tofo has a small vegetable and African market, four diving centres, heaps of bars and restaurants and several lodges offering accommodation, from backpackers to five star luxury.

I’ve booked a single room, and it's an understatement to say I'm disappointed when I’m allocated a shabby dormitory style dwelling, replete with cobwebs. Enough is enough. I’ve already spotted the over-water bungalows a mile or so up the peninsula at Flamingo Bay and I sign off tour for several eminently comfortable days. The local tour guide is amenable. He whisks me back and forth on the back of his motor scooter, making suggestions along the way as to how I might like to spend the rest of my time. I pretend I haven’t heard. It’s a restful break. Though my postcards never make it home. I was probably too trusting in handing them to the hotel receptionist, along with the money for the stamps.

Vilankulo (or Vilanculos) is the Mozambican capital of water sports. It is named after local tribal chief Gamela Vilankulo Mukoke, Some of the "bairros" (suburbs) are also named after his sons There are all grades of hotels because there is yet another wonderful beach here. But the main attraction is its proximity to The Bazaruto Archipelago - a group of six islands, with more gorgeous sand and reef: it comprises the islands of Bazaruto, Benguerra, Magaruque, Banque, Santa Carolina and Shell.