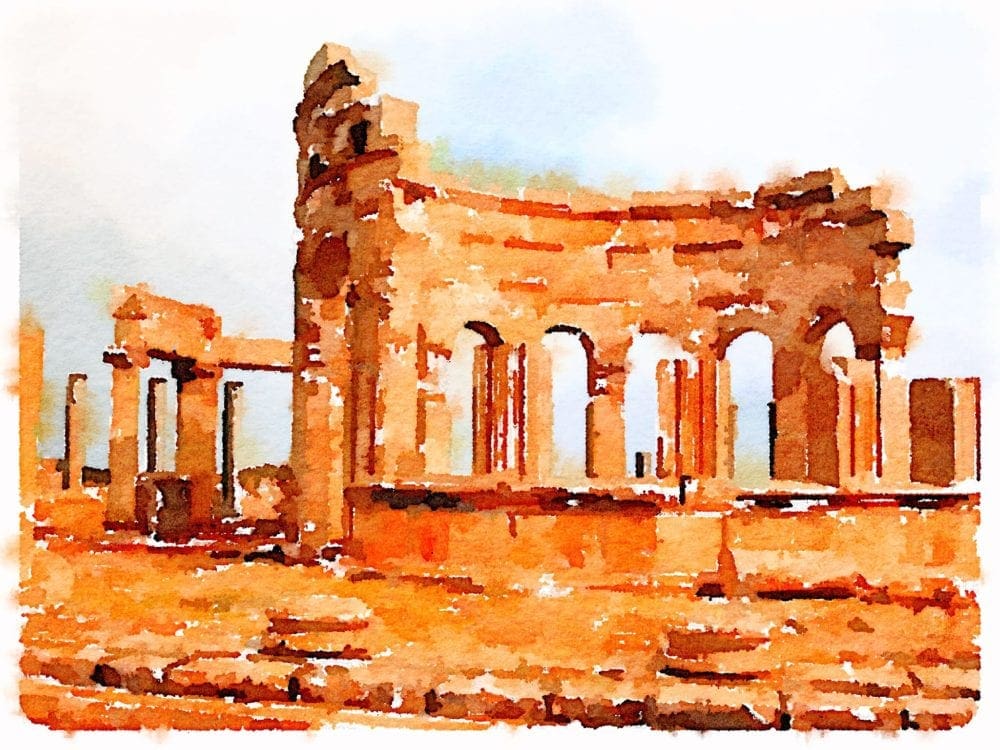 Getting into Libya - Or Not

I didn’t realise how lucky I was to go. I almost didn’t get to Libya at all. It was only a long weekend trip and I was due to travel on the Friday. I arrived at the airport to be refused boarding – I didn’t have a Libyan translation in my passport. Try getting one of those on a Friday. I managed it - at a price - and turned up again at Gatwick the following day. Naturally, no-one checked my passport for the translation when I got there.

I missed one set of ruins, but joined the bus to Leptis. The streets were complete enough to capture the essence of ancient Rome, the amphitheatre was almost perfectly preserved and there was a world famous Medusa head carving. Leptis Magna, on a promontory overlooking the Mediterranean Sea – once the pride of the Roman Empire in Africa – lay hidden for over 900 years, forgotten by man, beneath the sand duns of Libya. Founded by the Phoenicians it was key in the Carthaginian Empire, but was at its prime under the rule of Septimus Severus (that's his arch below) during the Roman Empire. In the mid twentieth century it was rediscovered, excavated, designated a UNESCO world heritage site and referred to as the “best preserved” Roman city in the world.

Tripoli is the capital of Libya and largest city of Libya. It is located in a bay, on the northwest of Libya on the edge of the desert, It was founded in the 7th century BC by the Phoenicians, In the Arab World, Tripoli is also known as Tripoli-of-the-West, to distinguish it from its Phoenician sister city Tripoli, in Lebanon, It is also know as "The Mermaid of the Mediterranean" because of its turquoise waters and its whitewashed buildings, though Tripoli is actually a Greek name that means 'Three Cities'

Tripoli is quaint, with winding alleys and inviting beach kiosks and the food iss good. The tourist must-sees are the Roman Arch of Marcus Aurelius. the Grand Mosque, historic Gurgi Mosque, Tripoli Roman Catholic Cathedral (from the Italian colonial era now Algeria Square Mosque ) and (perhaps surprisingly) the Anglican church. There were huge billboards featuring Gadhafi everywhere. Though no-one was sure where he actually was - he definitely wasn’t in his palace. in the vast Bab al-Azizia barracks

The Libyans are very friendly. (The married guide was a little too friendly - he thought I should get an individual dinner with him to make up for being late.)

But, this is another sad tale of ‘man’s inhumanity to man’. At least, according to the internet, Leptis Magna still survives, almost entirely abandoned, except for visits by the odd aid worker. Weeds and wild asparagus are growing among the cracks on the cobbled stones of the road leading to the city’s parliament.