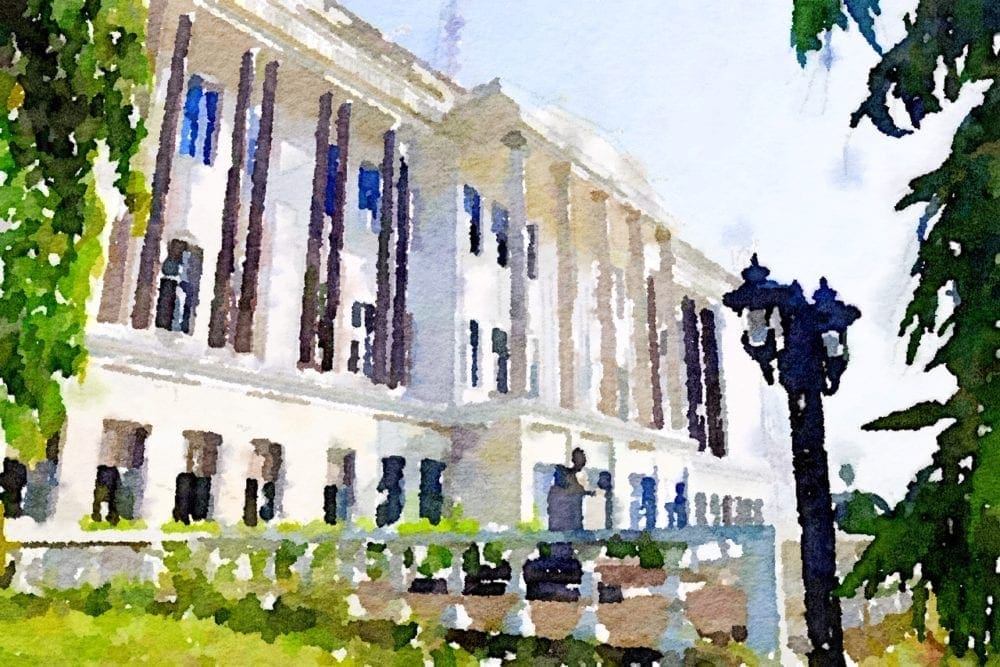 The kindest way to describe guide Smith is to liken him to a headless chicken. He really does look as if he’s running around in circles squawking. He has a rucksack proclaiming that he’s an instructor at the school of sightseeing and tourism. I don’t know what to say except I’m glad I didn’t get one of the students.

We've driven from Robertsport. Monrovia arrival delivers us to the midst of three lines of Piaggi three-wheeler taxis abreast, on the edge of a huge and very busy market which spills onto the road. The Monrovians are out doing their Christmas shopping. A few vendors are wielding strings of tinsel, but most of the purchases seem to be clothes.

The Monrovia taxi slogans cover assorted topics - I love Chelsea, God is Depenable (sic) and the enigmatic You Make Fun Cry Blood. I’m not sure I’d want to get into that one.

Maladho picks his slow way though the throng with his usual stoicism, while the little taxis zip in and out and have to be braked for every five seconds.It takes an hour and a half to creep through the market and I breathe a sigh of relief when we finally reach the end, but it’s short lived. The next section of the road through the port area, famous for the amount of shipping registered here is just as congested, though now it’s trucks and cars weaving in and out. And then there’s another commercial area. It takes three hours in all to cross the city to my hotel, an oasis by the water.

Smith has abandoned me, saying we will tour Monrovia tomorrow. He’s also told me to order lunch and put it on the bill and not given me any other guidance. So, it’s lobster and chips again, in a very classy restaurant. It’s a nice hotel and it even has a swimming pool that looks clean. Christmas is in full swing. The lobby is tastefully decorated with trees and snowmen and a brass band has been playing carols outside the gate.

The Sights of Monrovia

The highlight of my tour of Monrovia involves a visit to the Centennial Pavilion where presidents are inaugurated. It’s bedecked in red white and blue and draped with Liberian flags. These are almost identical to the American flag, except they have just one large star instead of fifty. There are busts and photos of all 20 presidents to admire.

Providence Island is a UNESCO heritage site marking the landing of the freed slaves in Liberia. The island is squashed below a bridge over the River Mesurado that bisects the city. The traffic crawls overhead and the site is as yet undeveloped. Which is just as well as there are no guides to be found.

To my surprise the other key sight on my Monrovia itinerary is an eerie abandoned hotel. Once one of West Africa’s most lavish hotels, the Ducor Palace, pre- civil war, was the largest in Africa (I’m told). It was popular with moneyed tourists, visiting dignitaries and business people, but political uncertainty led to its closure in 1989 and the former five-star resort has since become home to local squatters. Smith bribes the man at the gate to let us in and poses on the crumbling terrace. There are great views across town, though I'm not convinced the stairs are safe, so I'm ruling out higher elevations.

Opposite is a huge white marble edifice, the most impressive building in the city, the Masonic Temple. I am shouted at by a security guard, when I lean through the railings to take a picture. (See up top!)

The next day east to the border with Cote D'Ivoire and on to Man.