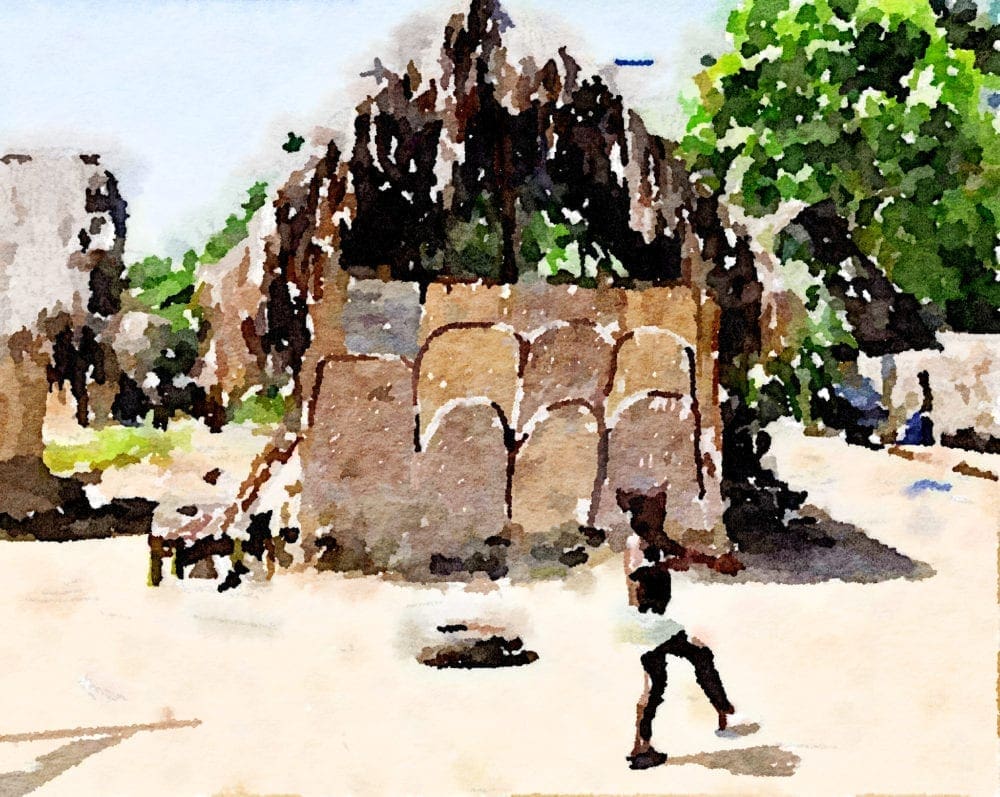 Liberia - in a Nutshell

The official language in Liberia is English but I don’t recognise what I’m hearing. The Liberian accent is very thick, and the people speak very fast. It’s like listening to Creole. Nevertheless, I understand the official who tells me I don’t look anything like my age, announcing the reality to all and sundry and I otherwise successfully navigate the immigration process. Unfortunately, the car (with driver Maladho) doesn’t. It’s not a designated tourist vehicle and therefore requires an import licence they say. I haven’t a clue if this is bona fide information or not, but after much car inspection and cosy talks with Amanda, the customs officer, the car is given a temporary import licence. The certificate says gratis, but it’s cost 35 dollars. My new guide Edwin (but ‘Call me Smith) says they originally asked for a thousand. It’s a baptism of fire for Smith, who is sweating profusely.

I’m assured that’s it, immigration wise, but it isn’t. We have one more stop at the frontier where my details are entered in yet another ledger by the police (it’s already been done by immigration and the health authorities). Then there are two more stops on the road, within fifteen minutes, for the immigration people to enter exactly the same details.

The American Colonization Society founded Liberia as a place for free African Americans to migrate to. In 1821 the United States government sent Doctor Eli Ayres to the Pepper or Grain Coast of West Africa, to buy territory ‘discovered’ by Samuel Bacon. This valuable land was purchased at gunpoint from the tribal chief King Peter. Soon after this purchase, the would-be colonists, returned slaves, and their stores were landed on Providence Island and Bushrod Island, in the middle of the Mesurado River. The settlers fought off attacks from King Peter and took possession of the highlands behind Cape Mesurado, thereby founding present-day Monrovia, which was named after U.S. President James Monroe. It became the second permanent African American settlement in Africa, after Freetown, Sierra Leone. More than 10,000 made the journey across the Atlantic, aided by the society, until Liberia declared independence form the society (and the USA) in 1847. Joseph Jenkins Roberts, a freed slave from Virginia, became the first president.

Is Liberia a Poor Country?

Liberia's recent history has been far more torrid, starting with Samuel Doe’s coup of 1980, and continuing with years of civil war and the despotic rule of Charles Taylor, which ended in 2003. The Ebola outbreak of 2014, now officially over, once again put its recovery on the back foot.

Over 50 percent of the population live below the poverty line. Ebola had a large impact on schools and the economy and literacy rates are low.

Is Liberia Safe to Visit?

Safe probably – the FCO don’t prohibit it but there are internet warnings about violent crime and not travelling at night. Comfortable – no. There’s too much hassle from corrupt police, who don’t understand the concept of tourism, but have evolved countless ways to fleece tourists. So few visit Liberia that neither the World Bank, nor the United Nations World Tourism Organisation (UNWTO), have figures for foreign arrivals. Don’t expect proper hotels (in the Western sense) outside Monrovia.

Getting Around In Liberia

Corruption in Liberia rules ok. We’re stung for two further bribes at police checkpoints, because ‘it’s a foreign car’, despite all the paperwork. Driver Maladho is due to leave me at the border with the Ivory Coast and had been intending to return by the same route to Conakry as the roads are so much better than the ones in Guinea, which still runs along the Liberian border, to the north. However, he declares that he has now decided to endure the ruts and bumps of Guinea, rather than face the vultures in Liberia again.

Each town we pass through is heaving with traffic and shoppers. All manner of cargo is transported through the streets. Even Maladho squeals with delight when he sees a sheep strapped to a motor bike. The ground in these areas is strewn with rubbish. As in many African countries the shop walls are covered with pictures of the services offered, to cater for those who can't read. The road however is thankfully a good one. Further east, more rural scenes, hill country and little villages that are both pretty and tidy. The mud huts are patterned in traditional colours: ochre, cinnamon and white, each one different. The villagers stare, gently curious as I wander round, shyly responding to a smile.

What To See In Liberia?

Liberia is orientated north-west/south east on the corner of West Africa so:

My guest house near the border with Cote D'Ivoire, at Ganta, is painted a violent green, but it is unexpectedly comfortable. I’ve even been given a VIP suite and I can’t spot any mould anywhere. Christmas Eve lunch is a huge curry.

Guide Smith tells me that he’s done his job and he’s not staying tonight. This is news to me. The guides have always accompanied me right to the border and we’ve had unprecedented hassle in this country, so I remonstrate and send messages to my agents. Smith isn’t happy about staying - I don’t blame him - it is Christmas, so I feel sorry for him. My agent messages to say that he has arranged for a hotel employee to accompany us to the border, so Smith need not stay. And the frontier is only an hour and a half away.

It’s my last day with Maladho and it’s Christmas. So, I’m treating him to a last round of Bob Marley.

Getting Out Of Liberia

Smith has foregone all my sympathy. He stayed and partied all night instead of returning to his family. He also refuses to pay for my food, even though the programme says it’s included. No alternative guide is forthcoming, despite all the promises, so we set off unaccompanied. Smith has disappeared. No need to worry about whether to tip him or not.

Maladho delivers me to the frontier, which turns out to be just up the road. Except that from the immigration lady’s perplexed expression when I tell her I’m going to Ivory Coast I deduce it’s the wrong one. This is the border with Guinea. Maladho has no idea where the correct route is, and we ask numerous passers-by and bounce along the rutted road for what seems like an eternity; there are a surprising number of junctions and no signposts at all. And the tarmac has disappeared. It’s only a kilometre up the road, says everyone we meet, waving their thumbs. It’s a great way to spend Christmas morning. On and on, through creeper covered rainforest and fans of bamboo, trying to find a frontier post. Bob is singing ‘Everything little thing’s going to be all right.’ I’m feeling Rescue Remedy might be called for.

Finally, over three hours later we arrive. No sign of my new guide. The immigration men tell me that as it’s Christmas and I’m travelling like the Wisemen I should be bringing them gifts. I smirk and stand my ground. But then the customs officials go to town. The extortion here is medicine related. Apparently, my vitamins are suspect narcotics. My new guide, Francis from Cote D'Ivoire, turns up like the cavalry and sorts that out. I assume he paid them. I can’t wait to leave this country.