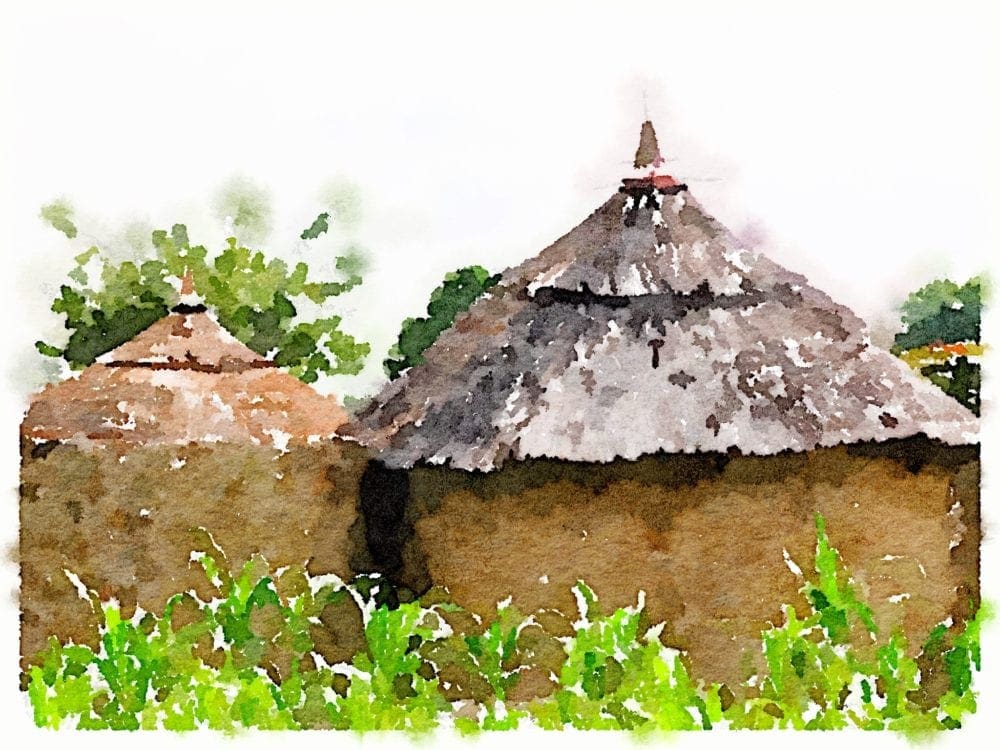 I’ve been planning to go to Ouagadougou in Burkina Faso this weekend. How can you not go to a place with a name like that? Bolgatanga, where I'm working in Ghana, is close to the Burkina border. Mark, my Paga expedition companion, is keen to come too. Driver Dremani offers to take me there. Great, that will save a lot of hassle. Dremani thinks Mark needn’t come now. I say he will be disappointed if he doesn’t. Dremani stomps off in a sulk.

Saturday, too early - The (Potholed) Road to Ouagadougou

Well, Ouagadougou is still happening. Mark deems it prudent to send me a text message at 4a.m. to check that this is so. Then he turns up with a sulking Dremani at 7.30. It’s like travelling with pair of small spoiled children. They expect to be fed, watered, and supplied with chewing gum and to listen to the radio at full blast. The passing scenery holds no interest for them at all as we roller coaster through at 90 miles an hour, huge potholes notwithstanding.

Crossing the Burkina Faso Border with No ID

It emerges that my companions' sole ID consists of Dremani’s driving license between them. I am flabbergasted as they manage to inveigle their way through two frontier posts. At the first, the Ghanaians just laugh at them. In Burkina Faso they are momentarily at a loss when the official instructs them to “Parler seulement francais ici”. They aren’t the only ones momentarily at a loss as I start grubbing around for my school girl French. "Related tribe to Dremani's," they explain as he waves them through, smiling, whilst I’m still filling in visa forms and paying out 25 dollars.

Despite the belligerence of the immigration officials only 15% of the population actually speaks French on a regular basis. There are 59 native languages spoken in Burkina, with the most common language, Mooré, spoken by roughly 50% of Burkinabé.

Burkina Faso is a relatively new country. For most of its history this area was occupied by a series of overlapping kingdoms. It was integrated into French West Africa during the colonial scramble. Discontent led to its secession, still under French rule, as Upper Volta (because of its location on that river), in 1919. It was renamed Burkina Faso (Land of Honest Men), at independence in 1984. Its citizens are known as Burkinabè. The countryside in Burkina is pretty and dotted with picture postcard villages - clusters of thatched rondavels. It’s even poorer than Ghana, though by some logic, much more expensive.

Ougadougou, the Capital of Burkina Faso

Ougaadouga is the capital of Burkina Faso, home to over two million people. The city is named after Wubri, a Yonyonse hero and an important figure in Burkina Faso's history and is actually called Wage Sabre Soba Koumbem Tenga, meaning "Head War Chief's Village". Ouagadougou is the French rendition, often shortened to Ouaga. The inhabitants are called Ouagalais. 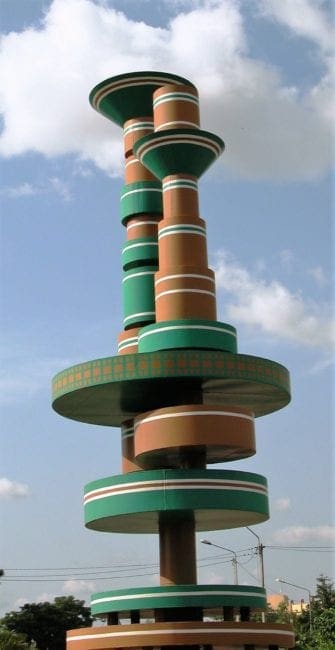 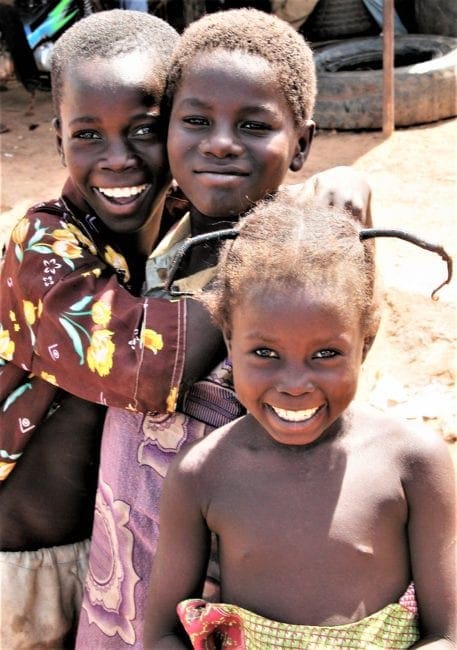 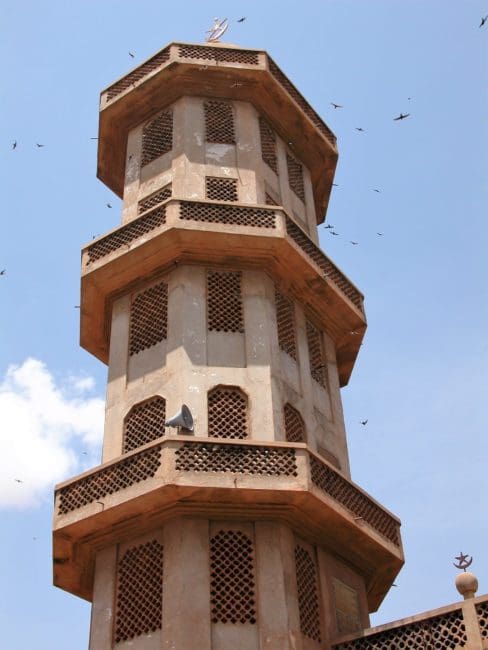 Ouagadougou is not nearly as exciting as its name; it’s  dilapidated and frenetic. Dremani insists on taking me to “the hotel where manager Nich stayed”. It’s seedy and expensive, but it has a pool and I capitulate. Peace beckons. But no, they want lunch. They want help finding lodgings. They don’t understand the language. This despite the fact that Dremani has been chatting to all his tribal compatriots in the local dialect, Mossi.

I find them a cheap hotel but the rooms here only have double beds. No, Dremani will not sleep with Mark. He wants to sleep well. I look at the menu and calculate their food bill and lodging for 24 hours, give them money and tell them to go away and meet me tomorrow. So much easier, despite the fact I was hoping for a male escort round the town. It would have been helpful, as I’m accosted every step of the way by Ouagalais wanting to sell a postcard, or guide me to an amazing sight.

And, as always, there are adventures to be had. There’s a wedding on at the Hotel de Ville, so I sneak in for a look brandishing my camera and hoping that all the gorgeous folk in their glittering finery will think I’m an official photographer. It’s French chic African style with huge diaphanous hats. The largest mamas, dotted around the crowd, are exchanging soprano conversations. 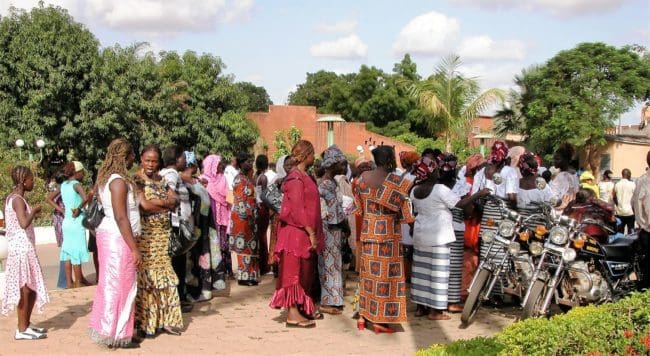 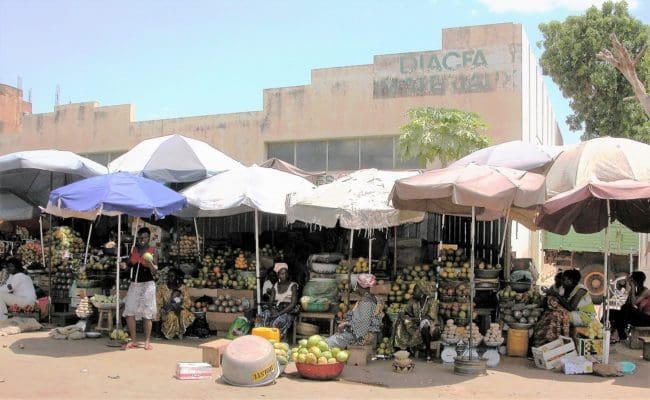 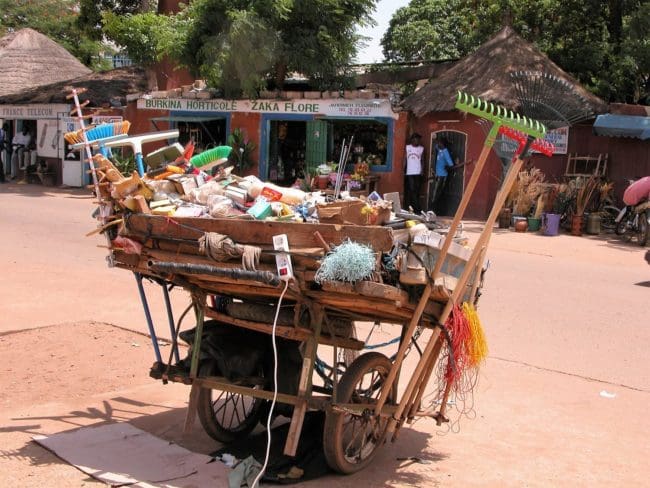 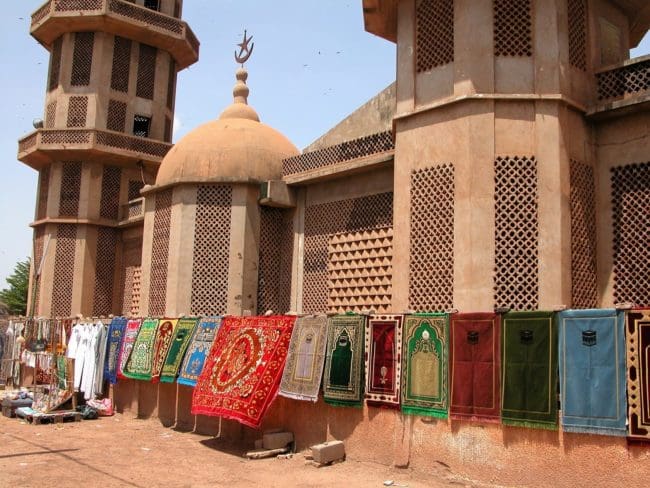 The swimming pool calls and I seem to have completed my sightseeing - the few dusty boulevards that are the excitement that Ouaga has to offer. Ouagadougou did have one of West Africa's largest markets, but it burned down in 2003. The National Museum of Burkina Faso is shut. I spot another agama about to embark on its exercise programme on a wall. Focussing my lens on it I am startled by the animated conversation of two army officers. The wall happens to be part of the army office. Fortunately, they just gesture that I should go away, so I sidle off before I am arrested.

One benefit of Ouaga is that it has French restaurants. A really good dinner in a tranquil garden belonging to a restaurant run by nuns. Duck with mangoes, dauphinoise potatoes (well sort of) and no tomato paste. Yum. 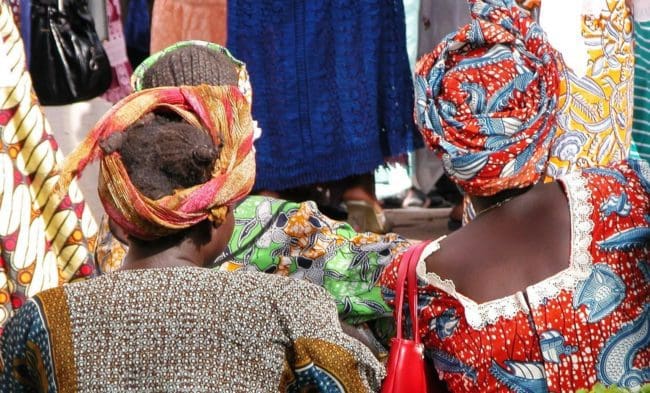 I feel I should venture out once more just to check that I have seen all Ouaga has to offer. I regret this almost instantly as I am besieged by “bonjours” on all sides. Nevertheless, I steadfastly ignore all greetings and the ensuing catcalls and jeering and check out some hotels that are nicer than mine.

Then I lose my bearings trying to cut back to the centre of town. None of the streets have signs in this area and it is one vast open dusty stretch. I manage to work out my position using my map and realise that I am right in the middle of the area highlighted by Lonely Planet Burkina Faso as being a mugging risk. Oh good. An even quicker clip back to the hotel pool. My foster children arrive at two. Dremani’s expression now would curdle milk. He cannot bring himself to offer a greeting and glowers the whole way back to Bolgatanga. So much for cheap hassle free travel.