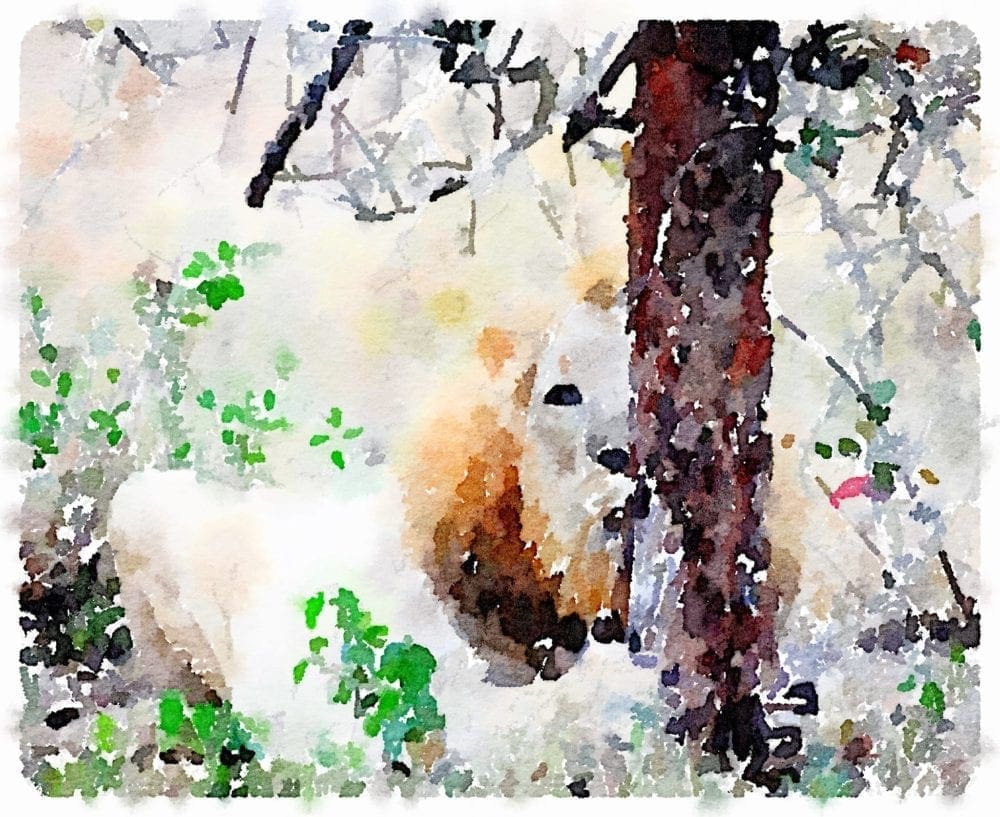 I’m not actually heading to the place where I booked today, as the king woke up on his fiftieth birthday in April and decided to rename Swaziland to eSwatini. This came as a complete surprise to most of the population, who aren’t very happy about the associated bill. So, eSwatini here I come, from Zambia via Jo’burg.

I’m met by my driver, Thulani, who isn’t sure where I’m staying in eSwatini. It’s not the most auspicious of beginnings. I know I’m booked into three national park camps and  I’m hoping they’re not too basic. We arrive at Hlane Park, driving through a great deal of gated fencing and it’s already dark. I’ve been allocated a little hut in a compound; it’s a big site with camping and cottages and there’s no electricity. It’s lit with paraffin lamps, which is romantic as long as you don’t want to find anything.

Thulani is supposed to be showing me to my room, but he can't find it and instead he's dancing around in the gloom declaiming, ’The numbers are confusing me’. I eventually work out which one I’m in and fumble my way in. The contents of my bag go flying as I try and unpack using only the sense of touch. It’s not easy.  I’m told to report for a sunrise safari at 5.15 a.m. I double check that. Aaaaargh. Then I reconnoitre my route to the morning meeting place, navigating by  following an arc of lamps from a parking lot.

Lost in the Bush

Except that when I venture out at 5 a.m the lights have all been extinguished. I know which way to set off, but I’ve soon gone astray. All I can see is shadowy bush and a group of impala leaping away in front of me. I retrace my steps and realise I’m utterly lost. Time to panic. I eventually stumble across a cottage and knock up the poor inhabitants. They are very understanding South Africans who get dressed and escort me, a little fretful, to the correct place.

The safari park is really just a giant zoo, huge barbed wire enclosed areas of forest and veldt. But the trip passes off well and the resident pride of lions, once discovered, thoughtfully group themselves right in front of our land-cruiser, yawning, growling, licking each other, sharpening their claws on tree trunks and leaping at the odd vulture who ventures towards their recent kill, hidden in the bushes. No spotlights necessary. This is proper elephant country, flat bush interspersed with dead tree trunks and odd thickets where the antelope, giraffe and zebra lurk.

The white rhino (making up the Big Five on this trip - I've come from Zambia) are kept in a separate enclosure, so that they can be better guarded. I’m not sure about this logic. Surely keeping them with lions is a bigger deterrent? Though this way we can be charged separately for seeing them.

Rhino tracking involves driving to a spot where you can see the huge mammals, getting out of the truck and following the guide (very cautiously) upwind of them. They have poor eye sight, but good hearing and an acute sense of smell. Five females are dozing under a tree, lumbering suspiciously to their feet as we approach, then quickly slipping back into lethargy when they deem us harmless. Senzo, the guide has a wooden swizzle stick ready to distract them if they become alarmed. He says their sight is so bad they need clear diversions and  the best thing to do is bang a tree if they seem agitated. I’m glad he doesn’t have to.

Then a transfer to another eSwatini park, Mkhaya and more cottages lit with paraffin lamps. I have to concede that this one is actually very romantic, though still very impractical. The cottage has half open stone walls, so I’m actually sleeping in the bush. There are monkeys screaming in the forest and I’ve been warned to hide all my valuables, as they stage raids on the dwellings. The rhino and big game is kept out by an electric fence, but there are antelope wandering just outside my room. The pretty little nyala look as if someone has painted their flanks with runny icing sugar. And I shall be checking my bed for snakes and other undesirables before I get in.

I’ve been spoilt for game in Zambia I feel. Here I’ve seen wildebeest (making up the Ugly Five on this trip), warthog, zebra, kudu and giraffe, but the Swazi varieties are skittish, bolting off as our vehicle approaches. The hippo, however, are curious and swim towards us, heads swivelling as we pass, but they still maintain a careful distance. I’ve also seen plenty more white rhino. This park is one of the few places in the world where they also have the hugely endangered black rhino, (we're told) but these are rarely seen, as they feed from the trees and hide in the thickets.

It’s an open air dinner, with candles round a log fire. Definitely romantic. Fortunately, I can read from the Kindle app on my phone when it’s dark. This is helpful when it comes to the ensuing ‘cultural performance’. I’m stoic for half an hour, but sidle away, when the audience participation commences.

We don’t drive out till 6.15 a.m. this morning, so a real luxury of a lie in. There’s little to see except more rhinos, though I’m enjoying the landscape. The flat-topped acacias and pineapple crested aloes are uniquely gorgeous, the red African sun peeping through them.

A walking safari is scheduled after breakfast; I brace myself for the usual lengthy explanations about vegetation, as we manoeuvre along the paths with trepidation. Most of the plants here have wicked thorns, in order to survive in the vicinity of so much wildlife. And, as anticipated, the guide explains about the amazing medicinal properties of each plant. But there’s also plenty of dung of different varieties, and it’s fresh. I’m pleasantly surprised to find that the giraffe and zebra are much more amenable when we’re on foot and we spend a delightful hour hob-nobbing with more than a dozen of the ungulates.

The zebra are hangers-on, says our guide, as they can’t see very well, so they wait for the giraffes to signal if they spy trouble. There’s also another group of white rhino, with two cute babies. The young males entertain the infants with a game of horn bashing, before they collapse for a nap. The white rhino seem more habituated to humans than the other animals here. I wonder if it would be safer for them if they were not.

Another transfer, another dusk arrival. This time I’m at Mlilwane Camp, the original Swazi game reserve. My home for the next two nights is a traditional spherical ‘beehive hut’, in a village circle, with - hurrah - electricity. Except it has no windows at all, which is a little odd, so I still can’t see much. I’ve just sent the curtain on a pole, that divides my bathroom from the main room, flying. The pole supports are well beyond my reach. I knew the cool box Thulani gave me would come in handy for something. You also have to stoop right down to enter, as it has an exceptionally low arched doorway, which has to be modelled on a hobbit-hole.

The setting here is stunning-rich red soil, misty mountains and antelope (very tame indeed here) grazing on jade green pasture in the foreground. The lofty pillar aloes are bearing sunny yellow flowers, beloved of sunny yellow birds. Today, I’m off on a tour to learn something about the country.

Guide, Sifosi, outlines the programme, which includes an overview of the kings and queen of eSwatini's palaces (we’re not allowed close up) and parliament at Lobamba, other government buildings at Mbabane, a cultural village, a cultural show and a waterfall. It ends in a glass factory, so I can do some shopping. ‘It’s all entirely flexible’, he finishes.

‘I’m not keen on shopping’, I begin, but he decrees that we’re going anyway, so I don’t bother to suggest excluding the cultural show too, or dare to inquire what his definition of flexible is.

The cultural show is almost exactly the same as the last one, except that I can see it better,  because it’s daytime. And the cultural village is almost exactly the same as the one I’m actually staying in, except that the doors are even lower, to keep animals and other enemies out. It's said to be 'a replica mid-19th Century Swazi village, constructed using authentic materials and techniques. set against the scenic backdrop of Nyonyane mountain', The commentary is amusing, if highly chauvinistic. Women on the left, men on the right. And the scenery is very nice.

Further along the Lushushwane River is Mantenga Falls, as promised, Swaziland’s largest waterfall by volume. The river tumbles through a series of glassy pools.

The food in eSwatini varies in quality, but is always plentiful. Most of the game parks serve buffet style- tasty impala stew, bean and pumpkin casserole, chops etc. There’s usually coleslaw or salad, most commonly with beets. Sadly for my figure, my favourite treat is the sweetish mealie (corn) bread.

Warthogs Take Over the Fire

It’s raining today and very chilly here in the high veldt. It’s a damp trudge through the squelching mud to the fry up buffet breakfast and the open dining area is dark and draughty. This is why I usually try and avoid anything that smacks of camping.  I take my bowl of fruit and yogurt out to the camp fire, which has been protected by a sheet of corrugated metal, but it has been commandeered by two  warthogs, who appear to be roasting themselves. I have planned a pleasant walk amongst all the friendly antelopes; this is now a non-starter. I’m not being picked up for my flight back to Jo’burg and onto Reunion until 11 a.m., so I’m marooned in my hut. I retire to bed and blankets.