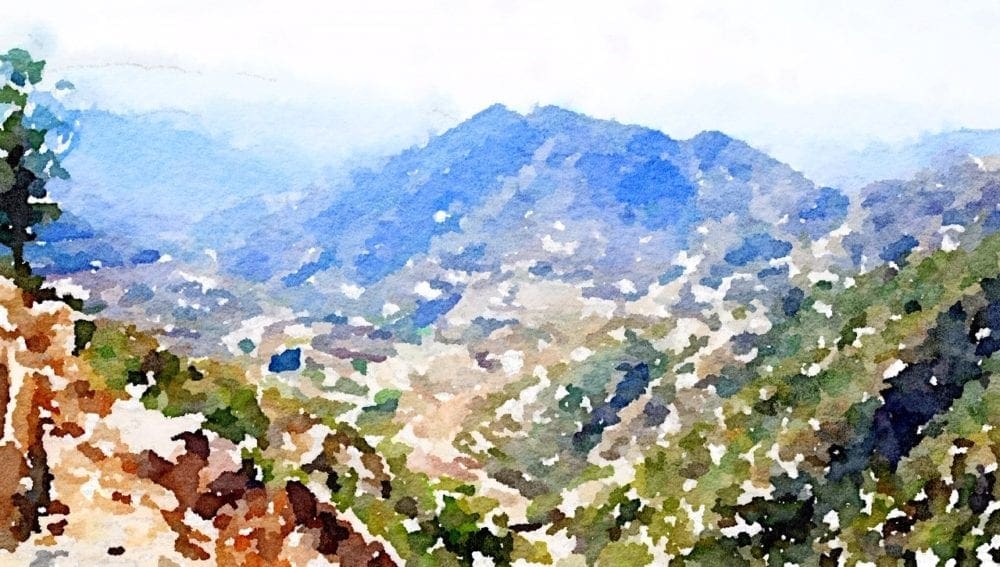 The Mountain Road to Massawa

North-west from Asmara today, to the strategic port town of Massawa, one of the main reasons, Ethiopia was so reluctant to let Eritrea go. It was the Italian colonial capital of Eritrea, before the Italians moved it to Asmara. Whilst I'm on history I've discovered that  in the early 1940s, the British proposed the idea of  turning Eritrea into a Jewish colony,  to divert Jewish immigration from Palestine.

Our route winds over mountain roads more immediate and even more spectacular than those of yesterday. The rail track to Massawa (the one I didn’t get to ride on) tantalisingly hugs the mountains above and below, crossing our route several times. It really is a tremendous feat of engineering, with numerous tunnels and small viaducts. At least I’m getting to enjoy more or less the same view.

Wes stop to admire the baboons and to buy huge bunches of carrots from a small boy. brandishing them on the roadside. Fessehaye likes to make carrot juice.

As we descend, the steep sided hills, churches perched atop, become so lush and velvety we could almost be in Tuscany. Trucks lumber past filled with fresh green grass. Fessehaye says its because it rains twice a year in this year. I think he means there are two rainy seasons. There’s yet another change of scenery, as the land flattens into red ridges and then arid cocoa brown desert littered with scrub once more. Two huge yellow dried up river beds and we arrive at the sea.

I’m staying in the Grand Dahlak Hotel. My jokes about Dr Who have fallen on stony ground. And there’s nothing remotely grand about this hotel, except possibly its size and location, by the water. Like the car, it’s definitely seen better days. The staff, who are diffident in the extreme, preferring to interact with their phones rather than bother with guests, look as if they are lost in an old peeling museum. There’s a huge unfinished extension. Plaster is flaking off the walls. The springs have collapsed in the bed’s ancient mattress. There’s no hot water at all ‘It’s so hot in Eritrea people don’t’ want it’ is the slightly bizarre explanation.

When she shows me to my room, the receptionist insists the fridge is working. I fear she isn’t telling the truth. A gnarled old man carries my bag upstairs and stand in my room rubbing his thumb and forefinger together until I give him some money. The TV remote control has no batteries in it and there is an absence of towels. I report all these shortcomings to the reception desk. Fortunately, the manager is there and a technician is dispatched. He makes quick work of the repairs and I find him sitting on my bed watching his favourite programmes.

The Hotel Owner and His Family

Later, I meet the half Italian, half Eritrean owner (the one I stayed at in Asmara is the sister hotel) and some of his extended family. He commands me to take their photograph and tells me a garbled story about an Indian woman he used to visit regularly in London. Every time he went, she had a child, until there were five. Then her family found out and he deemed it best to leave the country. At least that’s what I think he said. Fessehaye says he is very rich and owns a mall in Italy. I wish he’d spend some money on renovating his hotels.

Based on mean temperatures Massawa is purported to be the hottest spot in Africa and it’s certainly stiflingly warm. It’s very like Berbera, with its Ottoman houses and rubble filled ruins remaining from the civil war. But Massawa’s old town is more compact, and more charming with its faded pastels and solemn, narrow streets. There's a ruined palace to boot. And what is said to be the oldest mosque in Africa, if not the world, dating back to 630. It's the Mosque of the Companions. As is common throughout Eritrea, monuments to the Civil War also abound. This time three tanks on a plinth on the main road into town.

We lounge on a beach up the coast for a couple of hours (the beach at Massawa is much nicer than the one at Berbera too, though the beige sea weed littered sand isn’t exactly beautiful). Then we go in search of oven-baked grouper at the Salaam restaurant. Fessehaye can’t remember where it is and we drive round the relatively small area three times before we finally track it down. The fish is cooked in the same fashion as the excellent meal I had in Djibouti. As then, its definitely the best food I’ve eaten in the country. Seven cats and three puppies surround us while we eat, hoping in vain for titbits. It’s too good to share and they don’t appear to be undernourished. Although they’re very cute.

Today has not been the highlight of the trip. I very much wanted to visit the uninhabited Dahlak islands, but I blanched at the quoted price of 1000 dollars, so I take a thirty dollar boat to Green Island for my snorkelling. Fessehaye tells me the journey will take half an hour. It is under five minutes and we are abandoned on a sand spit just outside the port. I ask Fessehaye where the reef is, but he just points vaguely out to sea; he doesn’t swim.

I don my gear and venture in. It’s cloudy, the wind is stirring up the sand and visibility is poor. I find some clumps of coral, too close to the surface for comfort. There are also too many spiny sea urchins for my liking, not to mention clusters of stone fish. The boat returns with more punters and this time the captain takes to the water; I pursue him out to a very small murky drop off, which at least isn’t life threatening. It’s a shame there isn’t more to see here, as Eritrea is reputed have 1,400 known fish species, with 17% of those found nowhere else.

The drive back to Asmara is both interminable and hair-raising. Fessehaye drives extremely slowly, braking very hard every two minutes. He only accelerates on the hairpin bends which are his overtaking spots of choice. I’m wondering if he’s got heat stroke. I’m also noting all the crosses placed carefully by the side of the road.