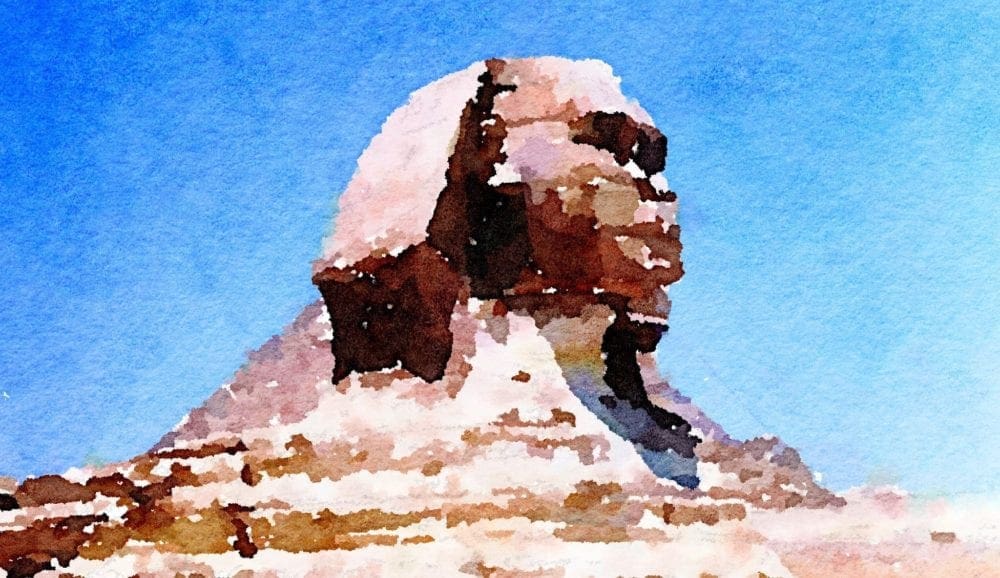 It was Egypt that really ignited my travel curiosity. I was already besotted with the ancient history – all those gods and goddesses. A friend’s husband, Ian, showed us slides of his student travels. He only took canned food along to avoid the stomach bugs. I was hooked.

Several years later I finally get there, on a package tour to Cairo, Giza, Luxor and Aswan.

Giza and Cairo, the Capital of Egypt

It doesn’t begin very auspiciously. I take a photo of a donkey pulling a rubbish cart on my first day in Cairo and am immediately ‘arrested’ and escorted down to the police station. The Egyptians, it seems, are not keen on having their garbage collection advertised. I hadn’t even realised that it was rubbish. I was only interested in the cute donkey. After an ear-wigging (how was I to know? – not the best way to encourage innocent tourists I think), they remove the film from my camera and let me depart. It is a rude shock and almost cures me of my travel ambitions. However, I recover and carry on.

The pyramids at Giza are a must see of course, three huge edifices (though not as big as the ones in Mexico it has to be noted).The Great Pyramid is one of the Seven Wonders of the World. However, it has to be said that they are all slightly disappointing, empty and smelly. I’ve read that they are still discovering internal hidden passages in them. The Sphinx is enigmatic, as promised, if a little battered. A camel ride is almost compulsory, but the camel owner leads me round the back of the pyramids (‘Nice long ride’, I think naively) and refuses to bring me back until exorbitant amounts of baksheesh have been paid. Egypt isn’t the most comfortable place to visit, I’ve decided.

Cairo itself is huge and sprawling with terrible traffic and (it seems) no traffic laws. There are a lot of cemeteries alongside the roads, the Ottoman Muhammad Ali Mosque and the Egyptian Museum. The renowned museum, a ‘trove of antiquities is almost an antique itself, still very thirties, with wooden glass fronted cases guarded by men with AK 47s. It’s fascinating, but my run of luck isn’t getting any better - Tutankhamun is touring and is in Germany. And I can’t find the entrance to the celebrated bazaar – surely there must be more shops than this? There’s also a very famous authentic café, El Fisahwi, which at least is a good place to relax after all the stress…

Luxor is reached by overnight train. It is a Russian relic and the toilet is a steel cuboid free-for-all. The place itself is amazing, the temples (hieroglyph-lined Karnak, Luxor and rocky desert situated Hatshepsut) incredible, the Valley of the Kings astonishing, the azure Nile mesmerizingly beautiful, feluccas dotting the skyline, sails billowing. My only complaint is the early departure times. But it’s August and hitting 50 degrees in the shade by noon, so a dawn start is a necessity. Throughout our tour of the towering Karnak Temple we are harangued, through the railings, by the driver of the horse carriage, who has taken us there. It was arranged and paid for by the tour company, but he feels he was not sufficiently (additionally) rewarded for his efforts.

Down the river by boat (not a felucca) to Aswan, stopping at smaller temples dedicated to mummified crocodiles, cats and monkeys. Delicate pillared Pilae has been moved to safety, when the Russians built the giant Aswan dam. The architect who did this is there to tell us all about it. The desert is atmospheric, and Aswan suitably relaxed, if still baking hot. The irrigation is fascinating; there are still numerous Archimedes screws just visible as we drift along the banks. I’m trying to photograph them successfully. Eureka, I have it!
A final visit to another relocated temple site, Abu Simbel, the highlight for me, headless statue and all (there was an earthquake which dislocated one of them). The flight there and back isn’t much fun. Nearly everyone by now has travellers’ diarrhoea (as foretold by Ian) but the plane toilets are forbidden- too much desert turbulence.