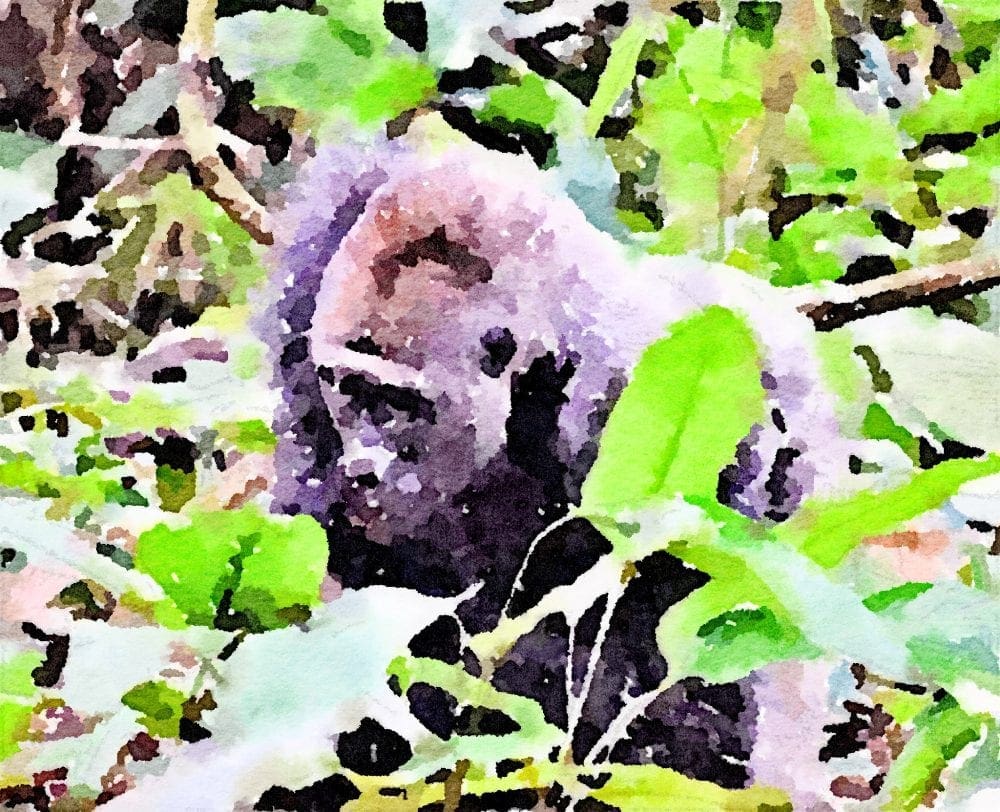 So now I'm safely in Brazzaville, the capital of Congo, having arrived from Kinshasa. The streets of Brazzaville aren’t exactly pristine, but they are tranquil and there are recognisable houses and shops and pavement cafes. The taxis and buses are green and white and relatively disciplined. And my hotel - wow- my hotel. Proper cotton sheets and a working shower. I’m in heaven.

Carrying on my literary tradition I’ve brought William Boyd’s novel with me to re-read, but the beach, disappointingly, is just a patch of scrubby pebbles where the fishing boats land. (I think Boyd’s beach is imaginary even though the book is a satire on Congo as well as humankind in general).

The hotel has lent me their shuttlebus free,  (this certainly isn’t Kinshasa) to explore the highlights of the capital of the Congo. I’m back in half an hour. Brazzaville's highlights include a cathedral, a memorial to its founder, Pierre Savorgnan de Brazza and the modernist Basilique Sainte-Anne, with its serpent scaled roof. I have decided to avoid the ‘colourful traditional craft markets’. I have a pretty good view of everywhere I have visited, plus the Grand Mosque (also green) and the high rise Nabemba Tower (offices0 from my fifth floor window.

Today involves another flight in a small plane, this one is only a 12 seater. I’m off to Odzala National Park in the north west of this slice of the Congo basin. The plane is almost full and nearly everyone in the party is English, or American, and male.

Here there is real, green jungle. I’m greeted by gin and tonic when we land, presented by a line of uniformed staff, my own guide, Clem (he’s French) and my own safari vehicle to convey me to the camp. There’s even a space to rest my glass while we bump along (some things are not that different). As we lurch through the rainforest we’re lucky enough to spot a juvenile serval wandering up the path in front of us. None of the guides have ever seen one before.

The lodge serves up three course banquets, I’m told that I can have as many gin and tonics as I want. They are all included and I’m sleeping in a four poster bed in a stilt-house overlooking the forest. I've arrived in heaven.

Up at six for my first gorilla trek. The gorilla species here is the western lowland, slightly smaller (mainly because they have a lot less fur) than their mountain gorilla relations. Procedures are taken even more seriously in Congo than in Rwanda. We march in silence (partly because the tracker doesn’t speak any English) and we have to wear face masks as we approach. I hadn’t realised how uncomfortable these are – like having a sauna on your nose. Our tracker is wielding a machete, but this seems to be mainly for effect. Most of the jungle bashing is done with a large orange pair of secateurs. Fortunately, there are plenty of  primates in the vicinity and we don’t have to walk too far. We beat our way through oceans of marantaceae stems (gorilla food), to find viewpoints.

Unlike their mountain counterparts these lowland gorillas are mainly arboreal and lively, keeping their distance,. They skip around more like chimpanzees, tearing off branches, chewing and fanning or shinning down lianas. Every so often they settle on the ground, peeking out from the undergrowth and scurrying away when my fellow trekkers approach too closely. I’m with four men, all taller than me and all indulging in one of those ‘My lens is bigger than your lens’ competitions. Suffice it to say that I’m the one at the back struggling to find a space with a view in our tracker’s clearings. I’m also the one who gets attacked by fire ants. But I always am - they love me.

A Good Time in the Congo Jungle

I spend the morning on the deck of my cabin, listening to the bird calls, cicadas and odd spurts of crashing in the undergrowth and watching the butterflies dart around. There’s always a house guest or two in these places. I’m battling with a couple of cockroaches who are attracted to the inside of my suitcase. Clem takes a few of us for a forest walk in the afternoon. He leaps about manically trying to catch lacewing beetles for us to admire. We end in a stream, literally, Chairs and a table have been set out in the water. Tiny fish nibble our feet, pedicure style, and we sample forest gin and tonic, made with fresh ginger.

Another day, another gorilla trek, more pushing and jostling for the best camera positions. Today we’re visiting silver-back Neptune’s group. The gorillas are very socially aware. Neptune keeps a close eye on proceedings, peering through the marantaceae, which is frustrating, as it’s difficult to keep him in focus. He ventures out occasionally, to give any overly boisterous youngsters a stern glance. They respond immediately. The females sit together and the little ones play-fight, watched over by a larger male on the verge of maturity. The guide says that groups of gorillas sometimes combine in this way, with a silver-back supervising each section. It sounds much more organised than a school playground.

A village visit in the afternoon. We sit in a circle while the chief shows us their prized possessions: a blue glass necklace, a beaded belt, a calabash water carrier, a one stringed guitar and a cross bow. Most of the village turns out to watch and their pygmy goats gambol behind us. The mud and wood houses are crumbling, but the village is neat and tidy.

Sundowners today in a forest clearing, before a night drive with searchlights picking out small nocturnal mammals who are just waking from their day’s slumber. Galagos and pottos are both spotted. I’d never heard of either of these tiny primates before until I looked them up and saw that a galago is the official name for a bush baby. The potto is an odd looking plump creature, pop-eyed as he struggles lethargically into action.

A final trek and today the gorillas excel themselves. They are in a marantaceae root clearing, so we have an unobstructed view and a circus performance unfolds. The babies swing on the liana trapezes, leaping from one to the other, acting the clown as they knock each other to the floor and then tumbling on the ground. The females burrow round the roots. The males wait till the females have done all the digging and then swoop in, shoving them out of the way to take the food. The silver-back, who has been devouring roots in the background makes a grand entrance, like a ring master, surveys the scene, greets some of his offspring, quells some rough and tumble amongst the adolescents and then departs for a snooze stage right.

Then, into the transport for a jolting ride to Mboko camp. Here the savannah is scattered with huge termite mounds, a natural Bagan. Next, a river trip. It’s a sub, sub tributary of the Congo and  I’ve been warned there are swarms of tsetse flies (it’s all right there’s no sleeping sickness here). So I’m swaddled in two blouses, trousers tucked into socks, all soaked in copious amounts of insect repellent. Ted and Josh are in the bow. They’re filming videos for the World Wildlife Fund. (Ted holds the world record for the fastest crossing of Loch Ness in a kayak.).

There’s little to see other than reflections in the water. The resident pygmy crocodile has abandoned his post, a lone and distant forest elephant raises his trunk (maybe he can smell all that repellent?) and retreats. We fruitlessly follow his foot prints in the mud (they’re huge), are scratched remorselessly by clinging mimosa thorns and ford a side channel before coming across some skittish forest buffalo.

I sleep at Lando camp, facing  vast green open stretches round the river. Judging by the noise there’s plenty of action at night, but come dawn all the elephants and hunting hyenas have departed again. Flocks of grey parrots amass aloft, for their morning mineral feast in the mud and then swoop off too. However, we do encounter a very sleepy female spotted hyena, guarding her cubs in their den beneath a Disney Castle termite mound, on my way back to the airstrip.

There’s only me on the plane this journey, so they’ve filled up most of the seats with cargo. They still make all the announcements ‘Ladies and gentlemen, we will be flying at...’ and I doze quietly upfront. It’s still very cloudy. Clem says the dry season is always overcast.

My hotel is on the banks of the Congo, so I can laze on a sunbed and peer across to Kinshasa, a world away. It seems quite benign in the sun. A stroll along the corniche, where the aristocracy of Brazzaville parade in their finery – mainly designer jeans and tee shirts. There are photographers waiting by the benches with laptops and a printer. We have a good discussion about the comparative merits of Canon and Nikon and they admire my lens. In front, are some sand banks permanently exposed in the dry season. They’ve set up a marquee and tables and chairs ready to host some events. Ahead, is a modern suspension bridge, built by the Chinese and confusingly named for Independence Day in 1960. Beneath, there is a patchwork of industriously tended tomb-shaped allotments. The channels allow drainage without too much damage in the torrential rains.

Next stop Zambia, in search of leopards.