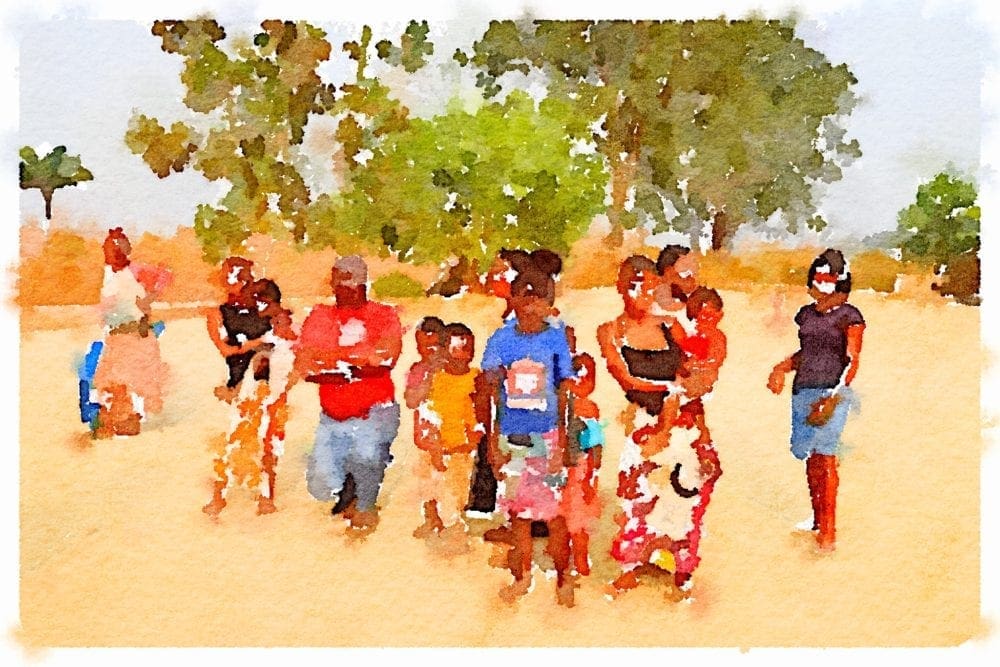 Democratic Republic of Congo (DRC) in a Nutshell

Who Colonised the DRC?

The region that is now the Democratic Republic of the Congo was first settled about 80,000 years ago. Belgian colonization began when King Leopold II founded the Congo Free State as his private empire, running it oppressively and corruptly. This led to the Belgian government seizing the country and establishing the Belgian Congo.

Independence was granted in 1960, but after various conflicts Mobutu, took control (aided by the USA) in a bloody regime, renaming the country Zaire (nzere or nzadi -river that swallows all rivers) in 1971. Following more bloodshed, and war with Rwanda, Kabila gave the country the name it has today, in 1997.

Is it Safe to Travel to the DRC?

Today, the Congo remains dangerously unstable’ declares Wikipedia. Tourists have recently been kidnapped in eastern Congo and the FCO advises against all travel to that part of the country. So I'm not visiting this area, which is a great shame as it is supposed to be very beautiful - mountains, gorillas, rainforest. I'm visiting Kinshasa and then travelling west alongside the Congo river, from Kinshasa to Boma.

Corruption is rife. I’ve read that Mobutu Sese Seko, the DRC’s second and longest-reigning leader, was so corrupt that he chartered a Concorde airplane to take his family from his hometown in Gbadolite to Paris for shopping trips, constructing the requisite large runway at the expense of his starving people. His legacy lives on and everyone demands money. ‘I’m thirsty’ 'I'm tired.' 'I need coffee’ whine the men at the barriers, palm outstretched. Villagers spill out of their rectangular brick houses to have photos taken and line up for their pay-out afterwards.  ‘What about me?’ ‘No cigarettes?’

Recent FCO warnings on the DRC include the information that Jean-Pierre Bemba, a Congolese warlord, who has been in prison, in The Hague, is to return to the DRC shortly to stand as president in the December elections. The warnings say that this could lead to traffic disruption, demonstrations and unrest. Today's news announces that he’s arriving the day I’m leaving. Excellent timing.

Getting into the DRC

‘I’ve read that navigating the airport and customs is a major endeavour and that a bottle of whisky can come in handy. It took me a month to get my visa. The London embassy was experiencing ’technical’ problems, which turned out to mean that they had piles of unprocessed paperwork. They even took the unprecedented step of opening three days a week instead of just one. My passport was returned on Saturday morning, two days before my planned departure.

All in all, then, I’m feeling more than a little stressed and apprehensive.  I’m very relieved to find that immigration is a breeze (discounting the surly man who is embarrassed about speaking English) and customs wave my bag through, when it’s finally decanted off one of the slowest carousels in the world. I’m met by guide Yahve and driver Adolphe, (God and a Nazi leader?) who whisk me off to town.

Adolphe is grizzled and rotund. Yahve calls him Papa out of respect (women are called Maman or Mama). Adolphe calls Yahve Bebé or Younger Brother, as the mood takes him. They speak to each other in Lingala, a Bantu language peppered with French. Yahve, is a local entrepreneur who runs his own language school. He’s keen to disabuse me of incorrect information. ‘Don’t believe the European media. Congo is very safe - but don’t go out alone when it’s dark and keep the window up in town in case there are pickpockets’. I’ve told him that internet information says that taking pictures of the people is ill advised:. It says that locals get very upset, for they believe that “capturing a person’s image” removes his spirit. ‘No’, says Yahve, ‘They get upset because they think Europeans are selling their pictures and making lots of money out of them’.

Talking to guide Yahve about his family. He tells me he has a nurse girlfriend (he proudly shows me the photo). He is the youngest of seven. His three older brothers all have professional occupations. One, a police officer, has fifteen children from two wives. He took a second after ten years, as the first appeared to be barren. However, she then had four children, before she was murdered by the second wife, who consulted a sorcerer, requesting him to make use of Voodoo.

Wife Number Two then went on to to attempt to dispose of her husband. He had an unexplained accident on his motor bike, despite an armed escort, and suffered a terrible head injury. Fortunately, he recovered. Wife Number Two has now been banished to the provinces, to fend for herself, with the younger children of the brood. It sounds like pure Nollywood, but belief in witchcraft is still very common here, with children often being accused and subsequently beaten, abandoned or even killed.

Is Congo the Poorest Country in the World?

The Democratic Republic of Congo (DRC) ranks as the poorest country in the world based on its GDP per capita over the 2009-2013 period. This is due to instability from years of war and political upheaval.

Despite being a poor and conflict-ridden country, the DRC boasts a space programme. Privately financed by the Développement Tous Azimuts (DTA), with significant government support, the Troposphere rockets are expected to send cargo to outer space in the near future.

Escaping from the DRC

Kinshasa and Brazzaville, in the next-door Republic of Congo, are the closest capital cities in the world (with the exception of Vatican City and Rome). There’s been talk of a bridge for some time, (perhaps they could base some Scandi style movies on it?) but it’s still talk. So I’m taking a ferry. There are a little fleet of speed boats zipping back and forth. These take on board passengers till they nearly sink and then they depart. But first I have to be cleared by immigration. This takes several men, a great deal of patience (nearly three hours) and quite a few more dollars.

But finally, I escape. I haven’t seen the school Yahve wanted me to visit. He says I can see it on my next trip. I don’t think that will be happening any time soon. Given a choice I might well opt for the DRK instead.