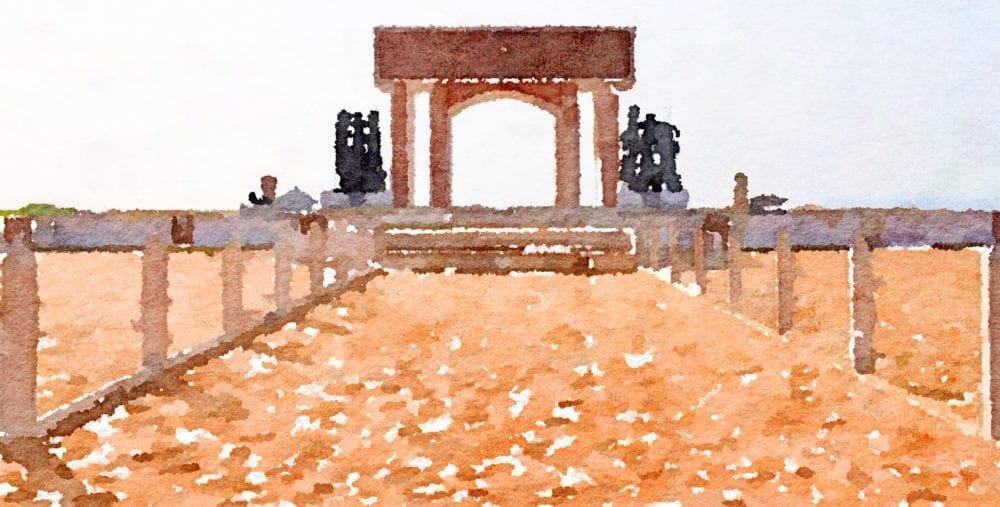 Why Was Benin Known As the Slave Coast? - West African Journey Part 24

I've been fascinated by the Voodoo around Ouidah, but it's also famous for The Route d’Esclaves (Slave Road) in Ouidah, shortly to be awarded UNESCO status. It tracks the whole sorry slave journey.

The Slave Road is a two and a half mile stretch, which was the last piece of African soil slaves stepped on, before being transported to the Caribbean or Brazil. The captives were shackled throughout, from arrival at the slave market to the Tree of Forgetfulness (where voodoo rituals were designed to ease the memory of their origins), to the House of No Light (where they were forced to live in darkness to keep them disorientated ), to the Tree of Return (more rituals so the soul would return to Africa), to the Gate of No Return, where they were dispatched in pirogues to the ship. The route is also marked by statues relating to slavery and voodoo. Two thirds of the captives died during this process and were flung in a common grave. Fifty percent of those who survived to set sail, packed in like sardines, survived. The last ship to transport slaves left present day Benin for Brazil in 1885. 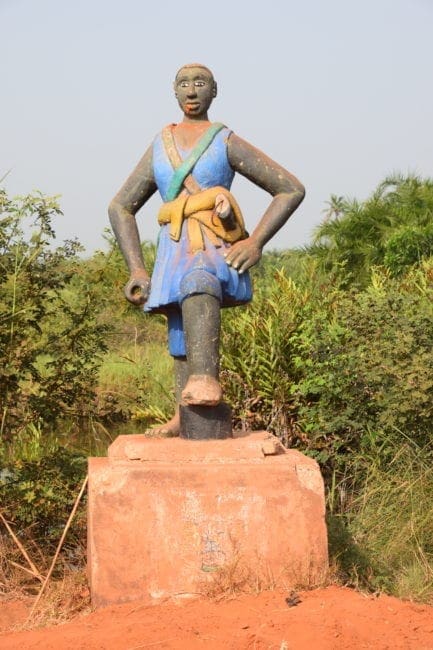 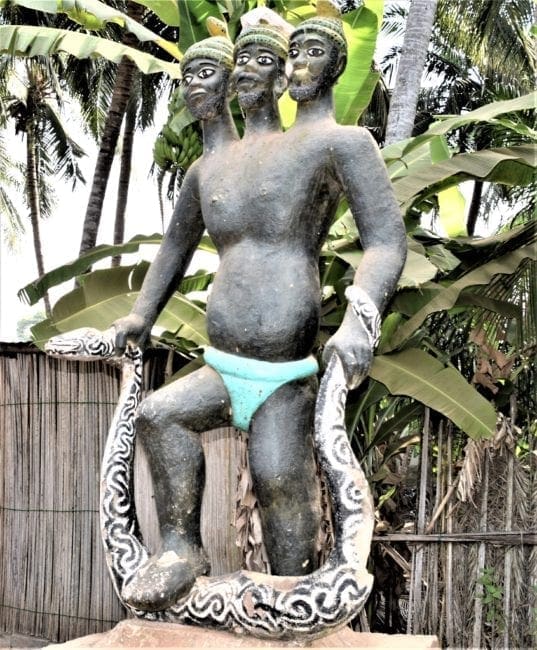 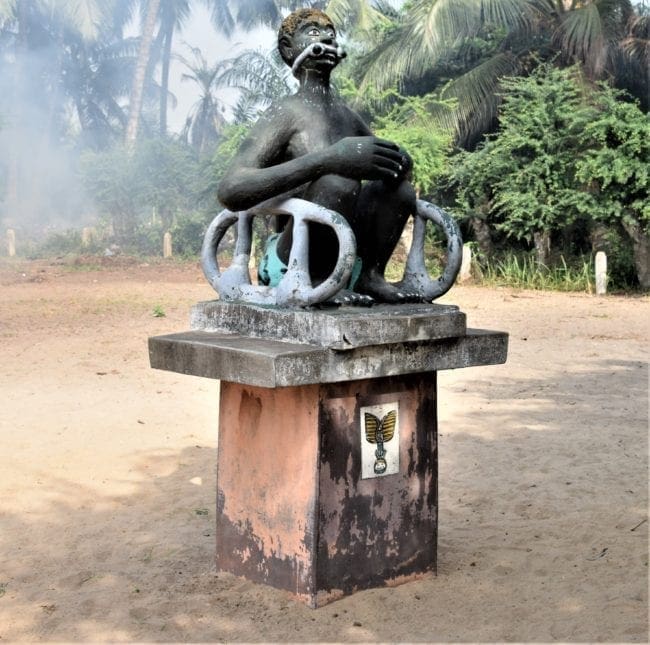 At that time the Benin area was known as the Kingdom of Dahomey. The area was named the "Slave Coast", because of this flourishing trade. The kings of Dahomey (who had a minimum of 41 wives, as it’s a sacred number), were very much involved in the slave trade, it thrived in the region of Dahomey for almost three hundred years, beginning in 1472 with a trade agreement with Portuguese merchants. most notably Francisco de Sousa (the slave market was outside his house,) who was appointed Viceroy of Ouidah (as recounted in the book by Bruce Chatwin), to aid him in his endeavours. The kings decided who should be enslaved and chose especially any prisoners from other tribes. Though court protocols, which demanded that a proportion of war captives from the kingdom's many battles be decapitated, decreased the number of enslaved people exported from the area. 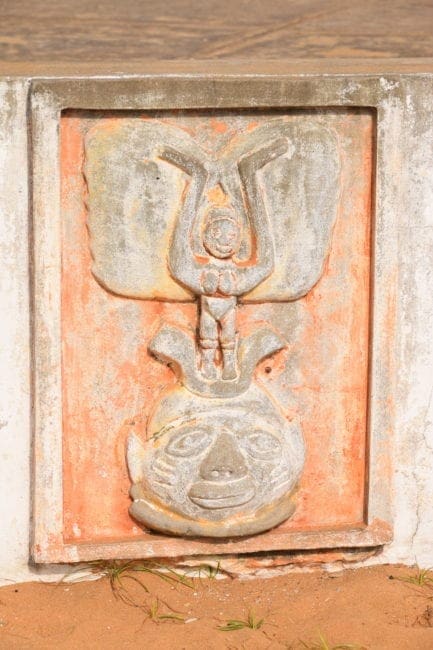 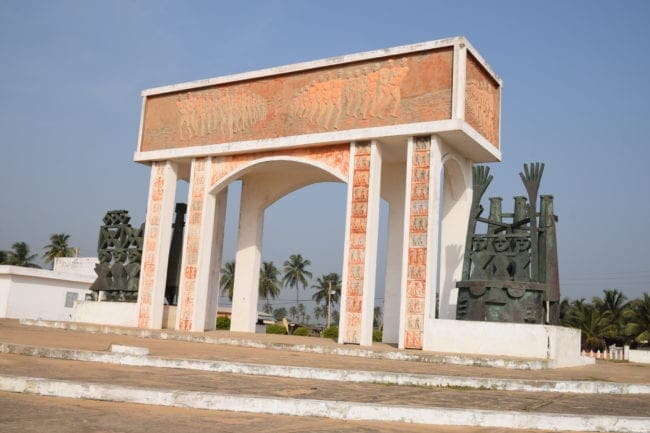 At the peak of trading, in the 1780s, 102,000 people per decade were sent abroad from The Slave Coast. The British Britain Slave Trade Act  in 1807, banning the trans-Atlantic slave trade was followed by other countries abolishing slavery. The numbers of slaves declined until 1885, when the last slave ship departed for Brazil in South America, which had yet to eradicate slavery. Benin’s capital is named  Porto-Novo (Portuguese)  meaning "New Port". It was originally developed as a port for the slave trade.

Next Cotonou and the stilt village at Ganvie